How Software Vendors Can Survive The Life Sciences IT Gauntlet

The life sciences industry is up against some incredibly high standards from regulatory agencies worldwide – with good reason – so it makes sense that we, in turn, have incredibly high expectations of our vendors, especially IT. Because we have to be able to show complete traceability in our work, we need our software vendors […]

Why Bother With Computer Systems Validation?

It’s no secret that validation can be a bear. All of that documentation and testing, the multiple phases with pesky transition gates, a million reviews and approvals…it can really slow down an IT project, which often leads to questions about why on Earth we bother with it. Well, it all traces back to rules and regulations […]

As 2014 comes to a close, a few last-minute accolades are being awarded. I recently wrote about BioPharm, a life sciences-focused IT consulting company that Perficient acquired in April 2014, being named to Inc. Magazine’s 5,000 fastest-growing private companies in the United States for 2014. Just yesterday, we received word that BioPharm was named to […]

Inc. magazine recently released its list of the 5,000 fastest-growing private companies in the United States for 2014, ranking companies by overall revenue growth over a three-year period. For the fifth year in a row, BioPharm Systems, a life sciences IT consulting company that Perficient acquired in April 2014, made the list. This accolade is […] 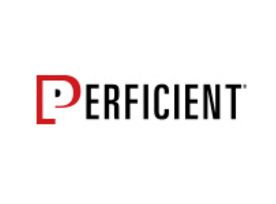 How to Find Out if Your IBM Software is Still Supported

So not that anyone is still running an old version of software out there like Websphere Portal 5.1.  But if you have any doubts or concerns, then this is the page for you. http://www-01.ibm.com/software/support/lifecycle/ Thanks to Craig Pessman for the link.