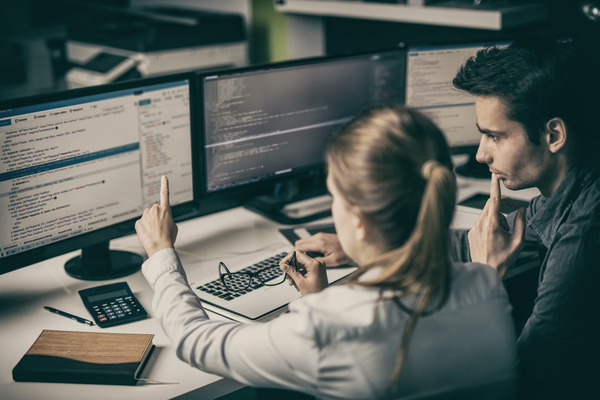 Kubernetes (K8s) is an open-source platform that manages containerized workloads and services and expedites declarative configuration and automation. K8s is often described as a container orchestration platform.

Containers provide a lightweight mechanism for isolating an application’s environment. For example, containerizing an application not only means building a package that holds an application but all the dependencies that are needed to run that application. As a container orchestration platform, K8s manages the entire life cycle of containers, spinning up and shutting down the resources as needed.

How to Create K8s

There are many ways to build a multi-node K8s cluster. One of them is using the tool, kubeadm, which provides “kubeadm init” and “kubeadm join” as a best practice for creating a cluster. In this article, we are going to configure the multi-node Kubernetes cluster on Amazon Web Services (AWS) and Azure Multi Cloud, which includes AWS and Azure cloud providers. The AWS Cloud will have a master and worker node whereas Azure will have another worker node.

Below are the resources you’ll need to create a cluster:

The following are the prerequisites you need:

Below, we can see the Terraform code for provisioning master and worker nodes on AWS and Azure cloud through a single Terraform script. 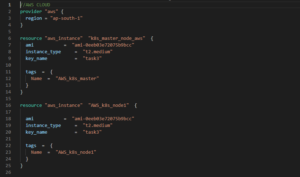 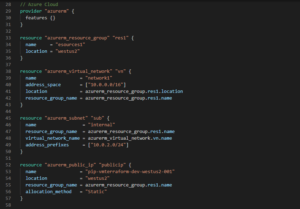 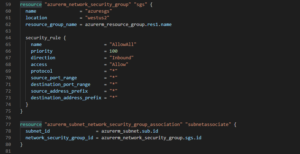 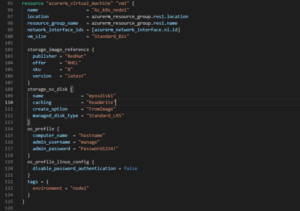 The steps below will show you how to create a multi-node Kubernetes cluster on AWS and Azure:

As per the above Terraform code, you can create master and worker nodes on AWS and Azure.

Run the following command for provisioning:

Below is your output:

We have now created bash script for configuring the master and slave nodes. The master node is launched on AWS Cloud using Terraform. Next, log in to the virtual machine (VM) and configure the master node using bash script. In bash script, we’ll first have configured the repo for installing “kubeadm,” “kubectl,” “kubelet,” and “docker,” then start and enable the “docker” and “kubelet” service. Then, you’ll need to change the “docker cgroupdriver” into “systemd.”

To initialize the control-plane node, we need to pass the argument with “kubeadm init” with relevant parameters to make it highly available. Finally, you’ll make directories for storing “kube” configuration files and the final step is to apply flannel. 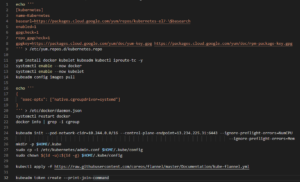 Below is the output: 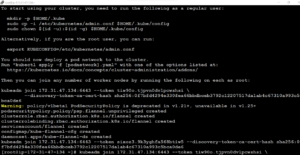 Step 3: Configure the Worker Node in the AWS

In the worker node, we need to configure the repo for K8s for installing “kubelet,” “kubeadm,” “kubectl,” and “docker.” You will start and enable the service of “kubectl” and “docker.” Then, change the “cgroupdriver” of “docker” into “systemd.” Now, we are configuring the IP tables and run the “join” token command. 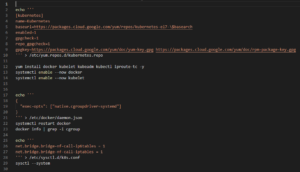 We have used the Red Hat Enterprise Linux (RHEL 8) operating system for Azure and Amazon Linux 2 for AWS. Now, the same configuration needs to be done for the Azure worker node so we can configure the repo for the K8. The following steps are the same as the AWS node. Last need to run the token join command provided by the master node. 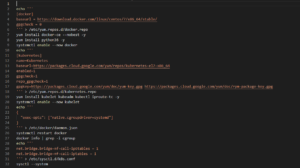 After running the respective bash script in the AWS and Azure worker nodes, we then need to run the join command provided by the master node:

Finally, you’ll run the “kubectl get node” command on the master node:

This is the final output where we can see the first node is the Azure worker node, the second one is the AWS master node, and the third one is the AWS worker node. This way, we have configured the multi-node K8s cluster on AWS and Azure using Terraform. For more information on these processes, contact our experts today.

Mohini Rahate is a skilled IT professional with experience in cloud platforms, including cloud development, administration, and migration. She develops creative solutions, leverages DevOps processes, and delivers engineering solutions for organizations.