Thoughts on AEM as a Cloud Service

Today Adobe announced the availability of their newest offering AEM as a Cloud Service, a new version of AEM running natively in Adobe’s cloud as a Platform as a Service (PaaS). To be clear, this is different than their existing Adobe Managed Services or Cloud Manager offerings which run AEM as a standalone app running on Virtual Machines in the cloud.

Tadd Reeves has already written up a great summary of the technical and architectural differences of AEM as a Cloud Service and Adobe Managed Services / traditional AEM or AEM Classic that I’d highly encourage everyone to go read.

In essence, AEM as a Cloud Service involves Adobe automatically provisioning and managing AEM instances running in Docker containers orchestrated by Kubernetes backed by a shared node/file store and a new provisioning model. For users of the end system, most things will stay the same including the AEM UI (for the most part), Cloud Manager for provisioning and the integration with the Adobe Experience Cloud tools.

For developers, system engineers, and Architects, however, this new architecture is a paradigm shift. It enables significantly greater scale and performance, at the cost of flexibility and some of the more unconventional capabilities of AEM.

All this begs the question before we all jump on the hype train, is AEM as a Cloud Service right for me? 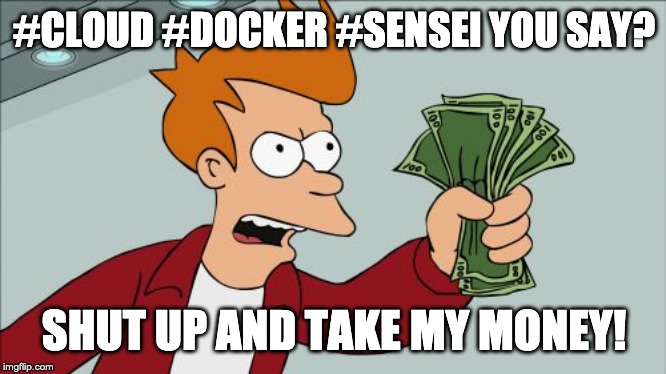 AEM as a Cloud Service Capabilities

Much like Adobe Campaign Standard vs Classic, AEM as a Cloud Service does not have feature parity with AEM Classic. This is likely partially by design as the flexibility of AEM in itself caused issues as it gave implementors a great deal of room to proverbially shoot themselves in the foot.
Based on a reading of the release notes and discussions with contacts at Adobe Engineering, here are a few things that will not be supported in AEM as a Cloud Service. 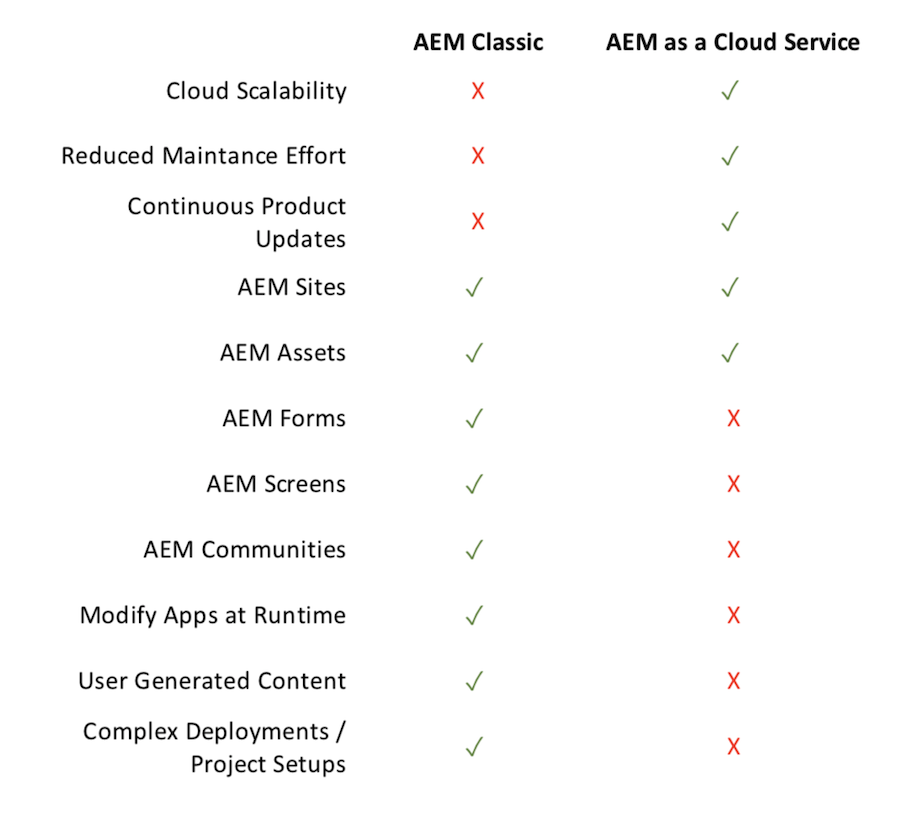 Where is Adobe Going with AEM?

The bad news for customers is that AEM Classic is now a “legacy” product and not getting the Engineering attention of AEM as a Cloud Service. At this point, Adobe has not started a Beta for AEM 6.6 and to be honest, I’m not expecting one.

The good news is that there are many customers who are not willing or cannot for various reasons move off AEM Classic. Thus I would expect similar to Campaign Classic vs Standard Adobe will eventually swing back around and support AEM Classic as they realize many of their largest customers aren’t moving to the cloud.

My hope is that at some point, Adobe will provide an image or recipe for customers to build out their AEM Clouds based on a prescribed pattern within the customer’s own data center or cloud tenant. I have not seen any indication of this being on Adobe’s roadmap, but I suspect customer’s objections with AEM as a Cloud Service will have more to do with not having control as any missing features.

What do I do now?

As with most major solution choices, the correct decision depends on the context. No matter the context, however, AEM as a Cloud Service makes Summit 2020 a must-attend for any Adobe Experience Manager customer.

Evaluate whether the desire to run On-Premise is worth the cost and lack of investment Adobe will be putting into AEM Classic. With a sufficiently knowledgable partner and some architectural changes, most anything you can do AEM Classic should be possible in AEM as a Cloud Service in the near future.

Evaluate different solutions and work with your technical contacts at Adobe to understand if / when Adobe will port the features to AEM as a Cloud Service.

Existing AEM Customers not on AEM 6.5

Treat AEM as a Cloud Service as the next version of AEM and plan upgrade accordingly.

What’s next for AEM as a Cloud Service?