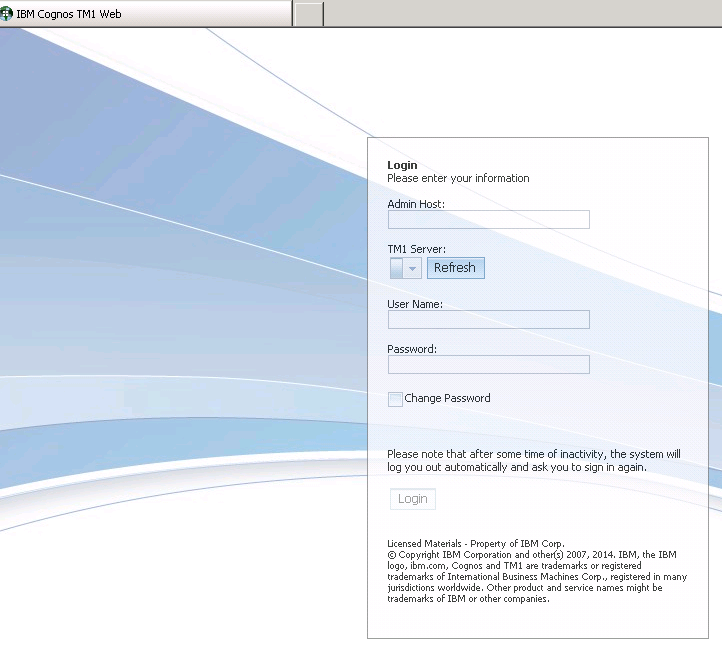 Recently I completed upgrading a client’s IBM Cognos environment – both TM1 and BI. It was a “jump” from Cognos 8 to version 10.2, and TM1 9.5 to version 10.2.2. In this environment, we had multiple virtual servers (Cognos lives on one, TM1 on one and the third is the gateway/webserver).

Once the software was all installed and configured (using IBM Cognos Configuration and, yes, you still need to edit the TM1 configuration cfg file), we started the services and (it appeared) everything looked good. I spin through the desktop applications (Perspectives, Architect, etc.) and then go the Web browser, first to test TM1Web: 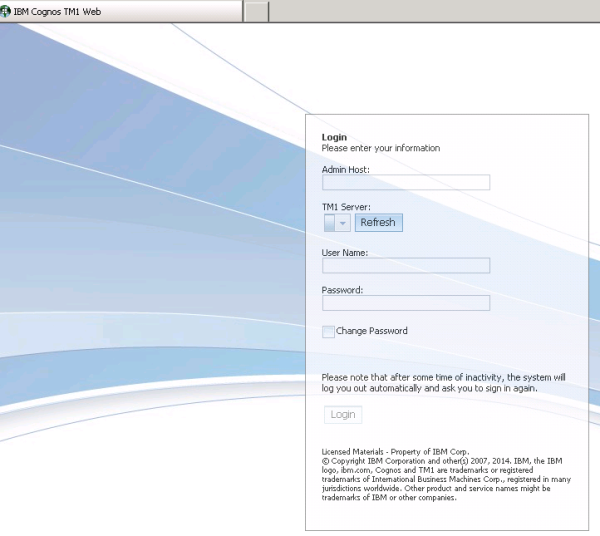 But when I enter my credentials, I get the following:

Since an installation and configuration is not something you do every day, goggle reports that there are evidentially 2 files that the installation placed on the web server that belong on the Cognos BI server. These files need to be located, edited and then copied to the correct location for TM1Web to use IBM Cognos authentication security.

There are 2 files; an XML file (variables_TM1.xml.sample) and an HTML file (tm1web.html). These can be found on the server that you installed TM1Web – or can they? Turns out, they are not found individually but are included in zip files:

I found mine in:

Make them your own

Once you unzip (the files) you need to rename the xml file (to drop the “.sample”) and place it onto the Cognos BI server in:

Next, edit the file (even though it’s an XML file, its small so you can use notepad). What you need to do is modify the URL’s (the “localhost” string should be replaced with the name of the server running TM1Web.) within the <urls> tags. You’ll find three (one for TM1WebLogin.aspx, one for TM1WebLoginHandler.aspx and one for TM1WebMain.aspx).

Now, copy your tm1web.html file to (on the Cognos BI server)

Program Files\ibm\cognos\c10_64\webcontent\tm1\web and edit it (again, you can use notepad). One more thing, the folder “tm1” may need to be manually created.

The html file update is straight forward (you need to point to where Cognos TM1 Web is running) and there is only a single line in the file. You change:

Now, after stopping and starting the servers web services:

The above steps are simple; you just need to be aware of these extra, very manual steps….