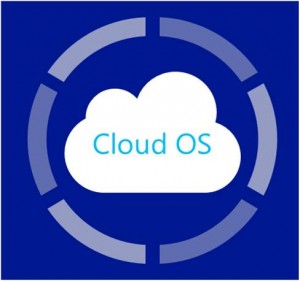 As early as the beginning of this year, Microsoft began positioning their “Cloud OS” concept, based on the pillars of Windows Server and Microsoft (formerly Windows) Azure.  This perspective on the spectrum of Microsoft’s offerings casts Cloud OS as a giant next generation operating system, with all the scope and scalability that cloud computing offers.

Complementary to Windows Server and Microsoft Azure, additional supporting technologies provide services like identity management (Active Directory and Azure AD), built-in virtualization capability (Hyper-V), and consolidated management capability (System Center).  Basically, it’s a bundle of products that can be mostly seamlessly joined to provide a completely cloud-based computing environment.  Microsoft technologies are increasingly being tailored to help flesh out the Cloud OS story, and they demonstrate Microsoft’s pivot towards the “platforms and services” line.
But another critical part of the Cloud OS story is data, and that’s where SQL Server comes in.  SQL Server 2014 — running on-premises in your datacenter, in the cloud on Azure VMs, or on both — is your modern organization’s data backbone.  As part of the Cloud OS story, SQL Server 2014 is a bridge between on-premise and (Azure) cloud-based data assets.  Advanced integration with Microsoft Azure allows SQL Server to support next-generation Hybrid architectures for backups, DR, Replication and data storage/delivery.
Schedule automatic offsite backups.  Pin a frequently used Data Mart in-memory for maximum query performance.  Leverage your Big Data assets against SQL Server data with an Azure HDInsight cluster.  Refresh Power BI content from a Data Warehouse hosted on an Azure VM.  All from within the cost-effective environment of the Cloud.
So what does the Cloud OS story mean to users?  It means that what we’re seeing now in terms of shared experiences across our tablets, smartphones, and TVs is just the beginning.  As the era of Big Data continues to dawn, we will all be floating on a sea of data.  And the cloud is where that sea will reside.
The Cloud OS as a whole ultimately empowers consumers and users with computing capability over sea of data — wherever they are, wherever they want it.   In terms of data, this moves toward the larger goal of giving business the ability to identify, gather, and use data from an endless variety of internal and external sources to unlock business insights, and turn that information into action.
That’s the idea of pervasive data.  And in Microsoft’s Cloud OS story, it’s empowered by self-service BI from Office365 and SharePoint Online, using SQL Server and Azure technologies under the covers but all accessed through an interface as familiar and comfortable as Excel.    And it’s coming soon to a device near you…