Comparison between Selenium 3 and Selenium 4 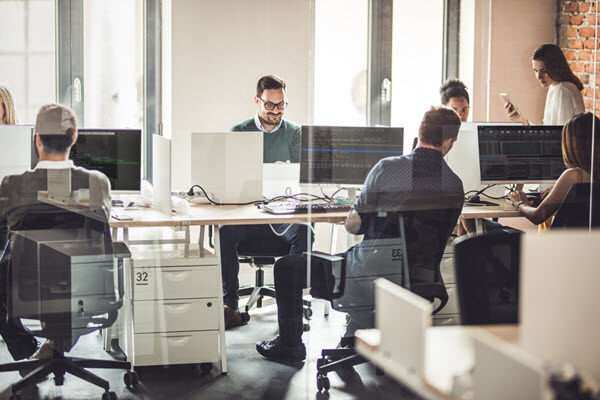 In this blog, I will evaluate the Selenium 3 and Selenium 4 architectures before highlighting a few Selenium 4 benefits. I will also go over the new features added to Selenium IDE, Selenium WebDriver, and Selenium Grid in Selenium 4.

The fundamental cause for Selenium’s upgrading is the W3C WebDriver Protocol, which is the most significant difference between Selenium 3 and Selenium 4. The Worldwide Online Consortium, or W3C, is a global organization that creates web standards. The behavior of a web browser is managed via the WebDriver Protocol.

The blog is broken out as follows:

The request command is then sent to a web browser, where automation is performed. A response is sent back to the Browser Driver, JSON Wire Protocol, and Selenium Client & WebDriver Language Bindings once the automation is finished.

Selenium 4 has a direct client-server connection, as opposed to Selenium 3. While Browser Drivers are the server, the client still consists of two components: the Selenium Client and WebDriver Language Bindings.

The built-in automation support of each Web browser is utilized by WebDriver to operate the Browser Drivers and Web Browsers. The Chrome browser is managed by a Browser Driver like ChromeDriver.

The drivers have changed in Selenium 4. While RemoteWebDriver is ChromiumDriver’s parent, ChromeDriver and EdgeDriver extend it.

Selenium 4 acquired at least three benefits in succession as a result of the upgrade. The benefits are:

Because of the standards, our Test Scripts function more consistently across all browsers. There is a standard used by all browser vendors. Since Selenium 4 is W3C WebDriver compatible, the request’s encoding and decoding are no longer necessary.

Another benefit of backward compatibility is stability. The Selenium Server and the Java Bindings both offer a way to use the outdated JSON Wire Protocol. The Actions API for keyboard and mouse events has been updated. It allows the ability to perform multiple actions simultaneously, such as pushing two keys.

Selenium IDE, Selenium WebDriver, and Selenium Grid are among the new features of Selenium 4.

The Chrome driver in Selenium 3 connects directly to the remote Web driver.

JSON Wire protocol was the primary means of communication between the test code and the browser in Selenium 3.

To execute automation testing on the grid, testers had to always start the hub and node jars, which was a challenging task in Selenium 3.

Chrome driver class extends to the chromium driver in Selenium 4, which provides several built-in ways to access the development tool.

Due to its adherence to the w3c, Selenium 4 effectively uses the web driver e3c protocol.

The hub and note jars do not need to be started every time an automation test is run using Selenium 4.

Thoughts on “Comparison between Selenium 3 and Selenium 4”

Mangesh Sonwane is an Associate Technical Consultant at Perficient in Nagpur GDC. He has an experience of 1+ years in Drupal and AEM. Apart from this passionate about learning new changes and expanding his knowledge in Automation. He is very committed to his work and is always ready to face any challenging projects.