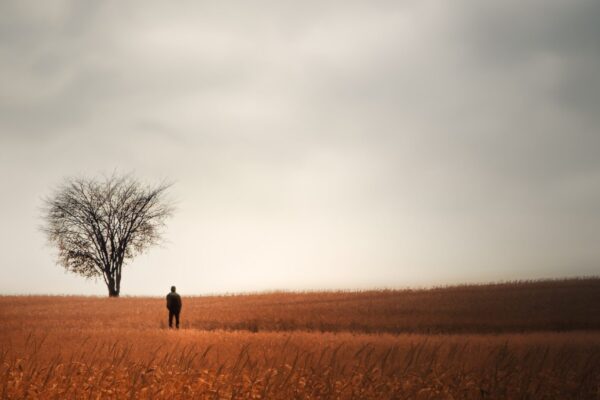 You can find a full list of commands and all available flags at https://docs.docker.com/engine/reference/commandline/docker/.

My local machine is running Windows 10 20H2.  You can find you windows version by right clicking on the start menu and clicking system.  To run these examples, you can find a version of the windows server core image that matches your local machine https://mcr.microsoft.com/v2/windows/servercore/tags/list.

I tested three other versions of windows containers and found similar memory savings.

Hyper-v containers are more secure as they are isolated from other containers as well as the host.

I tested the difference between hyper-v isolation and process isolation in a real world example.  The results were even more noticeable in the performance of my machine and my containers.  I created two identical virtual machines (with the exception of the windows version).  They both had 1 logical processor with 4 cores and 32GB of ram assigned.  At the time of the test, only one virtual machine was running on my host.  I used a real Sitecore 10 project that runs several containers at a time.  The results were massively different! 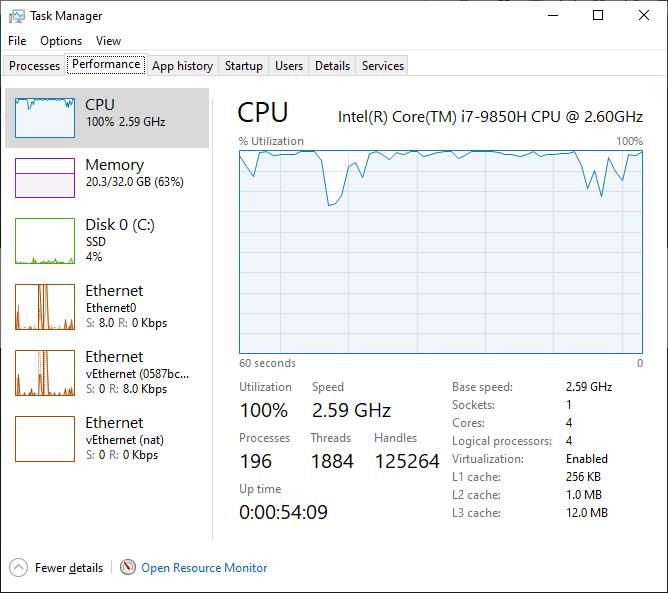 The CPU usage remained at nearly 100% usage.  The vmmem process that manages the memory of the hyper-v virtual machines is off the charts!  27% of the cpu to run the Sitecore CM container.  The overall memory usage was 20.3 GB.  It was so difficult to use my machine.  Let’s not even talk about what happened when I opened Visual Studio or built the solution! 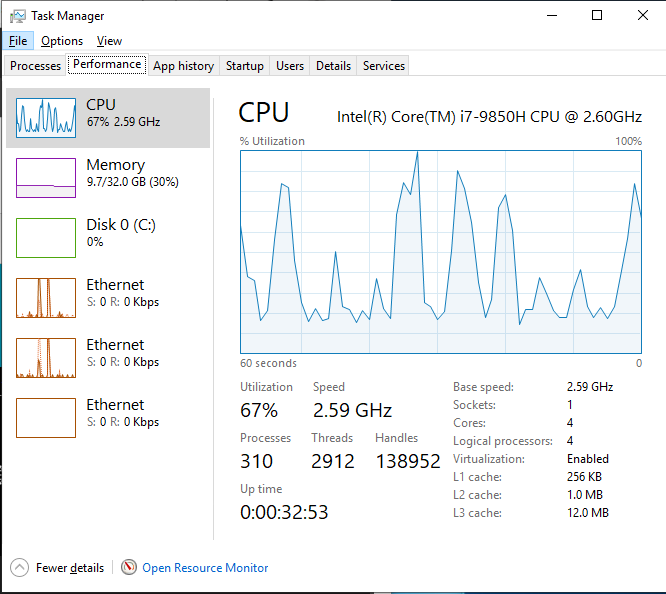 The CPU usage spiked as a I navigated the site, but the average usage was much lower and was stable around 30% when the site was idol.  The Sitecore CM container ran at a much more reasonable 8% of the cpu.  The overall memory usage was 9.7 GB.  The machine was much better to use, more responsive, and was able to run Visual Studio with ease.

You can dramatically increate the performance of your containers by running in process isolation mode.  Make sure there aren’t any security concerns before doing so and there is an image that matches your host operating system version. If there isn’t an image for the most recent version of windows, you might have to postpone upgrading your host machine (which has its own security risks).