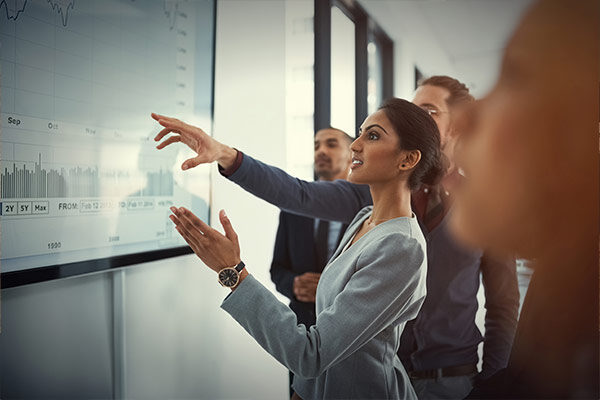 The member formulas for all these accounts also include “OFS_Total Plan” plan element when doing the calculation in order to capture the the true final value of each driver that includes any calculations and adjustments made. For Medicare Gross Revenue, the formula is:

When we hit save on the example above, Calculate Form is ran and the following is produced:

Notice that only the first driver based account highlighted in yellow is calculated, even though in the account dimension we have all these accounts in the correct sequential order. For the rest to be calculated, we would need to have Calculate Form run three more times by hitting save three times. We won’t get into the details of why this occurs, but the issue lies in the fact that OFS_Total Plan is a dynamically calculated member. In order to get around this and have all accounts fully calculate on hitting save once, we need to include only stored members in our member formula. One method would be to individually sum all parts of OFS_Total Plan (which would make for an unnecessarily long member formula), another would be to use the @sumrange and @relative functions to pull the individual level 0 members of OFS_Total Plan:

Once we change the four driver based accounts to be written in a similar fashion to the example above with their respective driver accounts, on save all accounts calculate at once.

Victor Gutierrez is a business consultant in the Oracle EPM practice. He received his bachelor’s degree in Mechanical Engineering from Washington University in St. Louis with a second major in Finance and a minor in General Economics. Although relatively new to the industry, Victor has already assisted in implementing multiple Oracle EPBCS applications, led training sessions to end-users, and given various presentations to customer executives.