The Next Generation of Digital Consumers 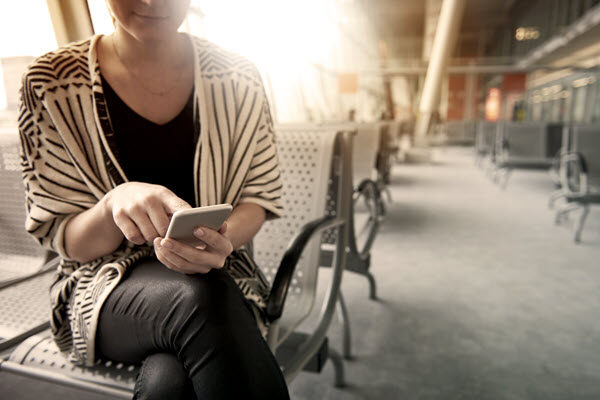 The Different and Next Generations of Digital Consumers

Rock n roll vs. big band, grunge vs. pop – these music styles divided generations. Perhaps an even greater generational divide has grown around technology. Technology has been called The Great Equalizer, but while technology is available to anyone, it clearly shows the divide between generations.

Baby Boomers (born 1946 – 1964), Generation X (b. 1965 -1980), and most Millennials (b. 1980 – 1996) remember life without personal computers and cellphones. They have had to learn and adapt as technology became available and a part of our daily lives. While all living generations now have access to the same tech, they aren’t using it in the same ways and have different expectations for their experiences with technology.

The next generations have interacted with technology all their lives and are the new customer generation. How are you planning to serve them as digital consumers? Let’s take a dive into their relationship with technology.

Over the last twenty years, we’ve witnessed social media take hold and begin changing how the world works – impacting daily life, politics, entertainment, and so much more. Gen Z grew up with social media when it was forming. They observed the world around them changing even though they didn’t understand it. Now they search for deeper meaning in their interactions, from social media to online purchases.

For example, while Gen X may feel more inclined to think about what they’re getting from technology, Gen Z is more interested in its meaning and purpose and the companies it comes from. Gen Z uses meaning to drive their decisions. They want interactions to be personable and relatable and expect authenticity and purpose.

They prefer visual communications. After all, they were the selfie generation, taking and posting pictures of themselves and the food they were eating. Older generations saw this trend and said, “taking pictures of your food, who cares about that?” Gen Z grew up in a more disconnected world where such photos were a way to reach out and communicate, ultimately making a more personal and meaningful communication by sharing their world and introducing themselves to their surroundings through selfies.

Generation Alpha is often called the first fully digital generation. Consider that the iPhone was first released in 2007 and social media exploded in the early 2000s. Their world is completely different than that of previous generations. They have had immediate access to media and information. Watching live TV is a totally foreign concept to them, as are traditionally disruptive commercial breaks.

Generation Alpha’s use of technology and consumption of different forms of media is drastically different from previous generations. Old ways of learning are completely out the window. They are used to EVERYTHING being in the digital realm, so purchasing items like DVDs isn’t relevant to them. They take Gen Z’s preference for visual communication to the next level, as Gen Alpha prefers video-based content.

Perhaps the most mind-boggling thing is that the majority of Gen Alphas will work in jobs that don’t even exist yet.

Both Gen Z and Gen Alpha want technology to cater to them. They expect a personalized experience that speaks to their core values and intrinsic desires. These expectations will shape the future of technology, with that technology, in turn, shaping the future.

Read the next blog in this series – The Future is Now.

Patrick is a UX Director at Perficient. He strives to bring user-centered design practices to the most complicated business problems. Patrick's background is in Human Computer-Interaction, and has published several books on various web-related topics.