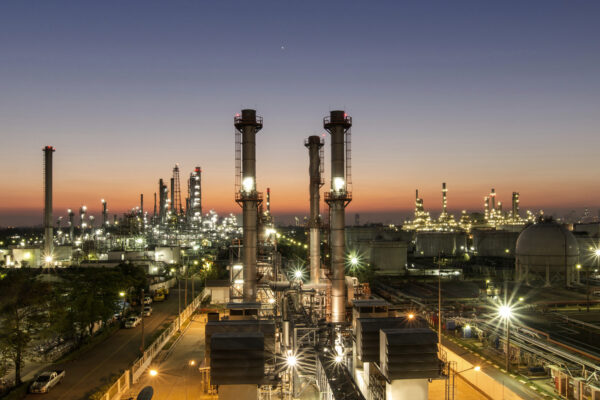 Below are some key questions asked and answered during the Q&A portion of a recent on-premises to cloud story: Remote Delivery: From EBS and Hyperion to Oracle Cloud webinar. To view the entire webinar click here.

Why did NGL select Oracle’s ERP Cloud product? As opposed to upgrading to E-Business Suite or moving EBS into the cloud as a hosted service. Did NGL have other options that they looked at?

[NGL Energy Partners] We did look at other options. Obviously, we were on a very dated version of EBS. We also were on Microsoft AX platform that we evaluated. We looked at other large systems, like SAP. We wanted to get as out of the box as possible, we wanted to have best practices across our businesses and we didn’t want to give people an excuse or reason to deviate from those best practices. So we thought going to the cloud where you’re limited in the amount of customization when it comes to things like processes, would be beneficial to us. Again, we wanted to limit the amount of customization that we would have, but we want to stay on the cutting edge.

We consulted with our IT group on what their preference was, whether they wanted on-premises versus cloud. You obviously have to weigh the economics of that decision as well. And at the end of the day, this was the best fit for NGL. Everybody has to make those decisions themselves. We had been using Oracle previously, so that was a benefit in choosing Oracle and going into the cloud. Those were some of the factors that weighed in our decision.

I think it is unique for each company. Everybody has to look at their own situation and sometimes you want to total change and move away from the platform you may be on, or you want to stick with some consistency. Those are things that are that are unique to everybody.

Can you provide some examples of efficiencies that helped to streamline the financial closed cycle?

[NGL Energy Partners] What we’re seeing at this point in time, is that by having all of our data in one location, we can generate reports much quicker than what we’ve been able to historically. One of the things that really drives your financial close as being able to closure your revenue and your expenditure processes. Those are still from a business perspective, managed in. For example, we use Rightangle for our liquids business, or we use custom built system in our water business for volumes. You still have to get those systems close, which does take several days, generally after the end of a month. You’re not going see any benefit there or we have not yet from an Oracle Cloud perspective, but getting all that data into one place has allowed us to accelerate some of our reporting.

That being said, we’re four months in and there’s a big learning curve in the new system, so each month we’re getting better.

I think we will ultimately be able to shave a day or two off of our close process, so to speak, to close the books. Having real-time reporting is going to be a significant benefit where we don’t have to generate reports on just a monthly basis. We can get some real-time information out of the system. And then, being able to essentially close the reporting process for each month on a much quicker basis, will help expedite and give us more time to analyze.

A lot of times as accountants we spend so much time accumulating the information that we don’t really get a chance to step back and look at it and say, “Does this all make sense?” That’s where I think we’ll get the major benefit.

How do you handle enhancements and customization changes? Does Oracle Cloud provide a development environment for migrating those changes to production?

[Perficient] A lot of people say or think there’s just no customizations in the cloud. I would say in the traditional sense, there aren’t  “customizations” in the cloud – you really can’t touch the code or the software directly. But there’s what’s called platform as a service (PaaS) where you can build custom applications of your own, and then integrate what’s called web services through REST APIs or soap web services that insert data into the environment and pull data out. So, that’s how you might integrate a custom application or you can integrate an existing legacy application, such as NGL is doing with a few of their operational systems where customer bills are being generated and then being imported into the cloud.

Any type of form enhancements, there are ways to do personalization in the traditional sense that we used to do in EBS. And most of the things we have found, you can do. This is one of many cloud projects we’ve delivered, and we have yet to meet a challenge that we honestly just could not fill.

[NGL Energy Partners] Yes, we haven’t dev a test and a production environment, and Matt can probably speak better to that an how they divvy those out, if that comes along with a number of user licenses, but we have plenty of environments to do our development efforts.

[Perficient] Thanks for reminding me, I forgot to mention the test platforms that Oracle does provide. Yes, when you subscribe to the product, Oracle gives you the production test environment. And then optionally, a development environment you can buy as many as you want. Usually we find you shouldn’t need more than two, three at the max.

Going back to the technical question, the code does not exist. It does not sit resonant in any one of those environments, it sits in the integration layer. Whether it’s MuleSoft, or Dell Boomi, or an integration platform of our own that’s based on Python type code. The code really exists there. It is just a matter of where you point it.

Courtney Gardner is a Marketing Coordinator at Perficient.