All About ‘Clutter’ – Home Run for Microsoft Office Graph 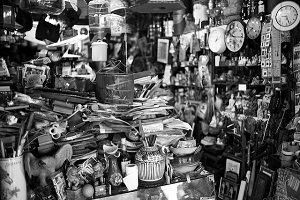 We all receive email that we may have signed up for (such as a blog posts, newsletter) and that isn’t exactly junk, but is less probable to get our attention. Clutter uses the intelligence of Office Graph to see how important (or unimportant) this email is to you. It learns over time your levels of importance, then uses that analysis to separate the clutter from other inbox items.  You can quickly scan the clutter, mark individual items as “not clutter,” and take action on the rest of it, such as deleting it all. And if you don’t like the feature, you can turn it off.
Statement from office team – “Clutter learns from your actions to determine the messages you are likely to ignore,” . The underlying idea is quite simple: Microsoft wants to leverage the knowledge it gains about your daily work activities to automatically filter out emails that don’t immediately need your attention.
The flow works something like this : First emails considered as SPAM are rejected before its delivered to your mailbox. Then if a message lands in the inbox, it gets routed through the rules, and eventually Clutter does its magic. As a result, Clutter will get smarter over time, by learning your prior actions with similar messages, and determining the type of content and even how you are addressed in the message. This means the Clutter experience is personalized to each individual, based on their actions and their preferences.
Here is a two step process to turn ON Clutter for your Office 365 inbox. Remember it’s a individual user setting, and currently no way to automate the process for multiple users. 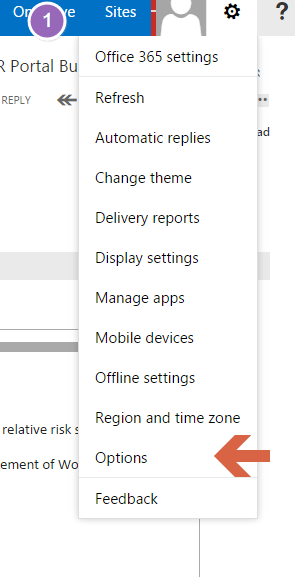 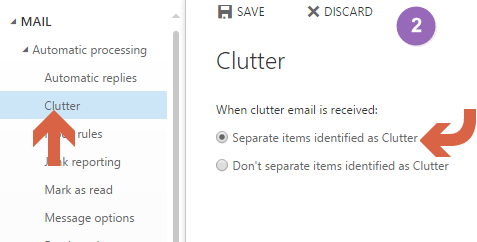 After turning ON Clutter, you should receive a welcome email similar to this 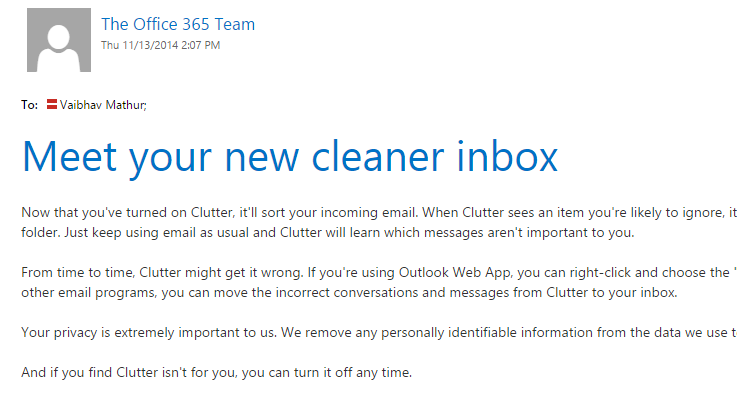 We’ve seen how you get this feature for your inbox, now let’s dig a bit deeper to understand the various facts which may help you.