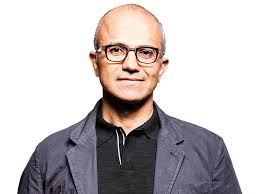 This morning Microsoft announced that Satya Nadella will be taking over as the new CEO.  Satya Nadella is the former head of the Cloud and Enterprise division at Microsoft.  The last few years Microsoft has been focused on providing a better cloud solution.  They have rapidly iterated on Windows Azure, SharePoint Online, Office 365, Xbox Live and the latest, Visual Studio Online.  All of these services did not exist 3-4 years ago!  This is in addition to former-CEO Steve Ballmer stating that Microsoft was transitioning to a Devices and Services company.  The hiring of a cloud computing expert as the next CEO boldly states where Microsoft is placing its bets.  Even more telling is that Satya Nadella’s tenure as CEO is effective immediately; meaning Steve Ballmer is going into early retirement.  He was not scheduled to step down until August 2014.

What about the consumer?  Building a first class cloud service is great but you need people to use the services provided.  You can argue the enterprise business will provide users.  That is true to an extent.  The enterprise is becoming more ‘Bring your own device (BYOD)’ friendly, meaning Microsoft still needs the consumer to purchase their devices.  They can not flourish on the enterprise alone.   Nadella does not possess a strong portfolio for the consumer space.  He is a cloud expert which puts him on the back-end of product design.  His cloud expertise empowers those devices but does not put them in consumers hands.
Enter Bill Gates.  Bill Gates was asked by Nadella to take a larger role at Microsoft as Technology Adviser.  Gates also stepped down as Chairman of the Microsoft Board 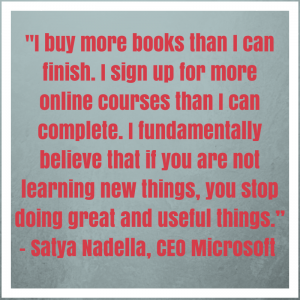 immediately in order to submerge himself in the new role.  Some may argue that Gates is also not a product expert.  While that may be true in some respects, his tenure leading Microsoft was anything but a failure.  Gates has also had the unique point of view of sitting idly on the sidelines during times when technology was influencing culture the most.  The rise of the iPod put gigabytes of music in everyone’s pocket.  Microsoft’s attempt at a competitor with the Zune were unsuccessful.  Windows Mobile was once a prominent figure in the mobile computing space; then the iPhone and Android transformed the industry.  Microsoft had to play catch up (and still is) in the fastest growing technology market in history.  Observing the company he founded lose out to its direct competitors will provide ample motivation to recapture consumer excitement.
The partnership of Gates and Nadella is exciting for many reasons.  It brings the future aspirations of the company (Cloud/Nadella) together with the founder who build it up into a global power (Gates).  It will certainly provide a boost for Microsoft and reaffirms it’s goal of becoming a Device and Services company.  Now they have people in place, leading the company, who can be considered experts in each of those facets.

Thoughts on “New Microsoft CEO and the ripple effects”