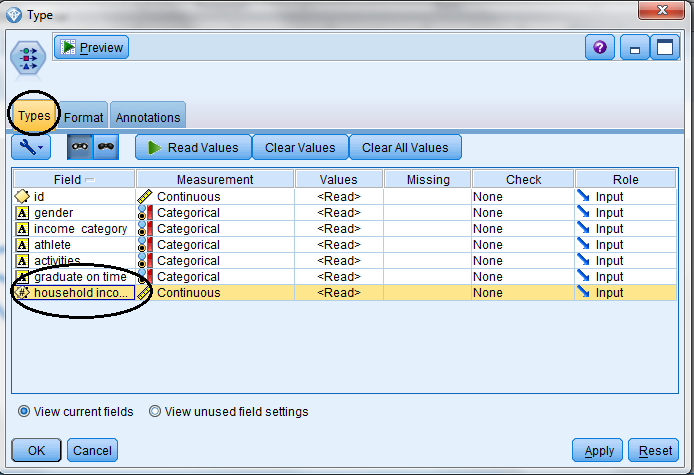 Data loaded into a TM1 or SPSS model will, in most cases, include files consisting of thousands (or hundreds of thousands) of records. It is not reasonable, given the number of fields and records in files of this size, for you to visually inspect all fields in every record (of every file) for missing or invalid values.

In TM1, data is usually loaded from an EDW or GL system, so (once the initial testing phase has been completed) the probability that incoming data contains unexpected values (should be) somewhat small. However, the data will (most likely) need to be transformed into a format that the TM1 model can use, or is more optimal for the model’s use. Additionally, if data is being manually input to the model (for example a user entering a (sales) forecast value), then inspecting the data for invalid values is required.

With SPSS Modeler, data may come from sources more “sketchy” – marketing surveys, multiple files merged into one or even manually typed-in data. Obviously, the need for auditing and transforming is critical.

Generally, (with TM1 or SPSS) three different types of data violations may be found during the loading process:

When an invalid value (a value violating one of the three rules) is found, one of five possible actions can be taken:

In TM1, this process is more typically a “remapping” from one value to another. For example, translating a product’s code used in one system to that products code used in another.

In SPSS Modeler, the Type node enables data checking and transforming. (Checking can also be done using the Types tab in a data source node). To check and transform, you need to specify 1) what the valid values are and 2) the action to be taken: 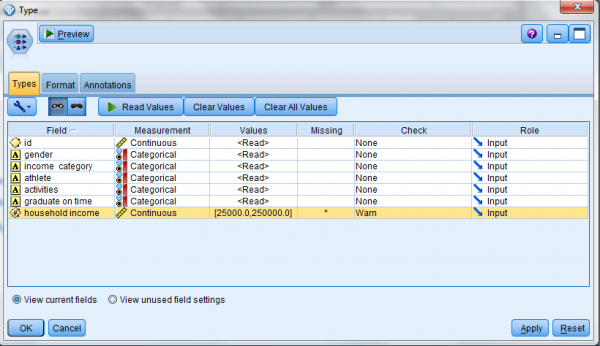 In TM1, checking for and handling (transforming) of invalid values is a little more work.

Using TurboIntegrator processes is the best approach for loading and transforming data in a TM1 model and scripting logic (using predefined functions) is required to evaluate and take action on records being loaded into TM1: 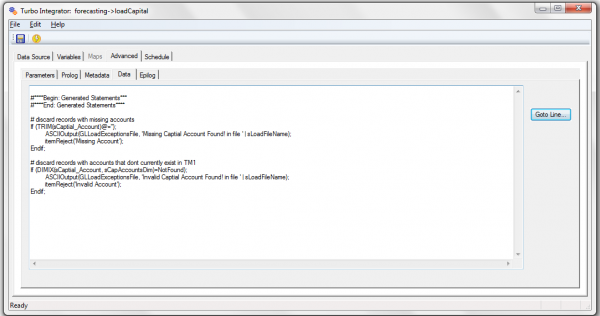 In both tools you have similar objectives – load data, ensure that the data is “usable” and if it is not, perform an appropriate action (rather than break the model!). SPSS Modeler allows you to do some checking and transforming by selecting values in dialogs, while Cognos TM1 requires you to use TI scripting to accomplish these basic operations. Both can be straight forward or complex and both can be automated and reused on future datasets.