Serverless Computing – What To Know Before You Start Using It

Does Serverless mean no servers?

It’s a misnomer to say that. Certainly there are servers involved in running your code. It’s just that you are not managing these servers. Your cloud provider manages them for you, and unlike regular cloud subscriptions like PaaS, they are not always running. Serverless provides a layer of abstraction on top of a cloud infrastructure. Developers no longer need to worry about physical or virtual servers. Instead, Serverless allows you to run code directly in the cloud without provisioning or managing servers. 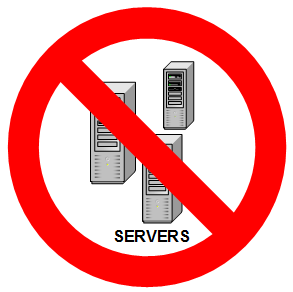 How does your code get executed?

Basically, your application alerts the cloud server when it should execute an action, and when that action is complete, the server essentially stops running until another action is requested. It is often referred to as Function-as-a-Service (FaaS) or event-based architecture. Essentially, it’s an event which triggers a function. It is a piece of code which automatically starts the server which runs this code. Once complete, the server automatically stops running. To understand how exactly the Serverless code gets executed, let’s look at a popular example from Amazon which talks about the most common use case for AWS Lambda.

Let’s say you are building custom photo library web software which allows you to upload your image and displays that image equally well on all devices such as laptops, mobile phones, and tablets. In order to do this, you upload an image to S3 bucket. As soon as the image is uploaded to S3 bucket, an event can be triggered to resize the file so that it looks good on all devices, then compresses the file to save the disk space, and finally copies that image file to a processed folder. The code that does all this is AWS Lambda, which runs only when the event is triggered. Once the file is processed, the servers that power the Lambda actions will not be active.

As I previously mentioned, Amazon is the main pioneer in this technology, and their Serverless offering is AWS Lambda.

Apart from Amazon, Google, Microsoft, and IBM, there are several others that provide Serverless Computing, and some are open source as well.

What Are the Benefits of Serverless Computing?

Some of the benefits are:

Cost:
The subscription cost for Serverless is less compared to other PaaS subscriptions. The reason is that the servers only run when necessary, and essentially during the execution period of the Serverless code. You don’t have to pay for idle server time.

Elastic:
With Serverless the functions that you run can automatically scale up to accommodate spikes in traffic, and scale down when there are fewer concurrent users without any manual management. This will help minimize costs, since you will only pay for what you use.

Administration:
Administration is automated, you do not have to update underlying software when a patch is available. There are no operating systems that you need to secure, or patch. You can simply concentrate on building the best product possible, without worrying about the infrastructure.

Microservices:
Microservices is a popular approach to development in which engineers build modular software that’s more flexible, scalable, and easier to manage than its monolithic counterparts. Serverless architecture fits very well with microservices.

What Are the Challenges?

As you all know, with every new technology the challenges and needs will start to take shape. The primary issues are with the internal implementation of the various cloud providers. Several FaaS offerings have emerged in the market, and apart from the prominent vendors, some are developed by the community. The challenges mentioned here are common to all FaaS providers, but each vendor might offer a unique solution to overcome some of the challenges.

Costs:
Though Serverless functions run only for a short period of time, sometimes it’s not possible to predict/limit the costs. Some vendors provide an alert mechanism wherein you can setup a threshold limit. Once the cost crosses the set limit, you will be notified. Still, you have to monitor frequently and take required steps to mitigate unforeseen cost increases.

Vendor Lock-in:
The main root cause for this is often not Serverless functions/FaaS functions itself, but the integrations with other vendor offered proprietary services. Once integrated with their services, it takes a while to move the code across vendors if you decide to do so, and it also takes time if the code base is quite huge.

So, considering all the benefits and drawbacks that we have with Serverless Computing, there are definitely several use cases where you can leverage Serverless functions. Most of the mobile based applications, games, voice enabled applications, IoT, media industry, and several others which are coming up/growing in the market are leveraging Serverless architecture. Considering there are several vendors and community who are trying to address some of the issues, add newer functionality… Serverless is the next big thing.

Raghu is the Senior Technical Architect of Perficient's National Oracle Business Intelligence Practice. He has extensive experience in architecting, designing, developing, and delivering enterprise software solutions, and commercial software products from concept to market. His area of expertise includes application programming, SOA, microservices, integrations, cloud and BI implementation. He has worked for several fortune 500 companies in his career and successfully led several projects from inception to completion by maintaining high quality standards. He has experience working with cross-cultural teams ensuring optimal utilization of resources. He has several certifications across multiple technologies from Oracle, AWS, Microsoft, and Redhat.