Get Updated on Drupal 8 from Acquia 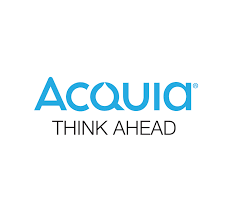 Tomorrow, 3/30, there is a webinar that promises to educate you on the 42 most important features of Drupal 8 in 42 minutes. If correct, this is a very efficient way to get the highlights from a major release. I appreciate that type of velocity. For those of you not familiar with Acquia, it is a commercial firm that provides management and support of the Drupal web content platform on Amazon Web Service.
Drupal currently powers over 2% of global web sites and we are seeing more and more interest from customers, especially for sites that are heavily web content based. Gartner currently rates Acquia behind Adobe and Sitecore for Web Content Management although it is still in the Challenger’s quadrant for horizontal portals. Both of those reports are from the second half of 2015; I am interested to see how Drupal/Acquia rates in the next round of research. As an open source project, the number of deployments for Drupal in all forms far exceeds commercial products, which is clearly one of the reasons large enterprises have adopted it.
Drupal 8 was released late last year, November of 2015, and is the first major release in four years. Even if your company is firmly in the COTS (Commerical off-the-shelf) world, you should take a look at what open source is doing.