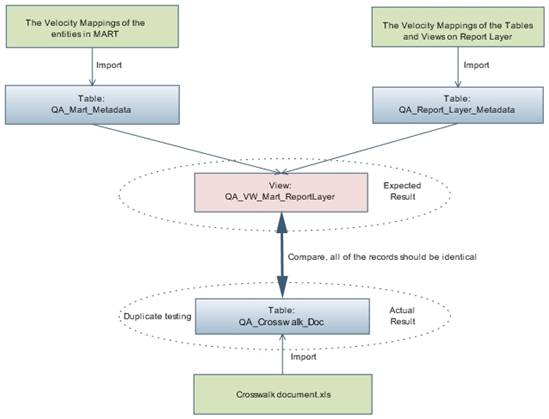 6. Using Toad to compare the view QA_VW_Expected_Result to the table QA_Crosswalk_Doc, and all of the records should be identical.