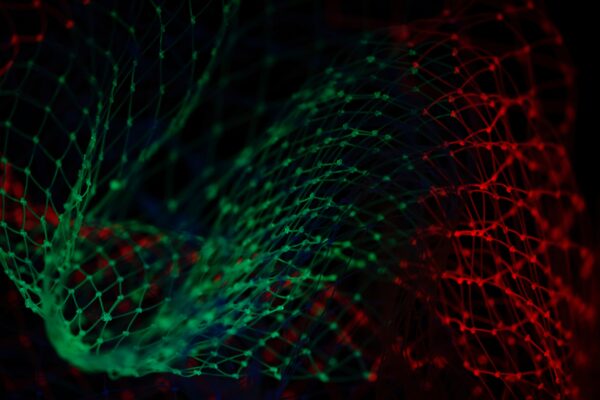 It’s difficult to deploy a new version of code without downtime. To resolve this issue a blue green deployment strategy is used.

GitHub is a Git repository hosting service. GitHub has many features, such as access control and collaboration. It provides a Web-based graphical interface. It will host the source code of your project in the form of different programming languages and keeps track of the various changes made by programmers. It offers both distributed version control and source code management (SCM) functionality of Git.

Jenkins is a DevOps tool that is used for automation, and it is an open-source server that allows all the developers to build, test and deploy software. It works on java as it is written in java.

What is Continuous Integration?

Docker is a tool that allows you to build, test, and deploy applications quickly. Docker packages in the form of image will run on units called containers that have everything the software needs to run including libraries, system tools, code, and runtime. With the help of Docker, you can quickly deploy and scale applications into any environment and know your code will run.

What is Docker Hub?

Docker Hub is the repository of container images with an array of content sources including container community developers, open-source projects, and independent software vendors (ISV) building and distributing their code in containers. All users get access to free public repositories for storing and sharing images or can choose subscription plan for private repos.

What is Google Kubernetes Engine?

A managed environment for deployment, managing, and scaling containerized applications is provided by the GKE. The GKE environment consists of machines grouped together to form a cluster.

A Blue-Green deployment strategy, also known as Red-Black Deployment in software delivery, is one in which the old and new instances of an application or microservice operate in parallel in production in the same time with a load balancer switching traffic from the older version to the newer one. 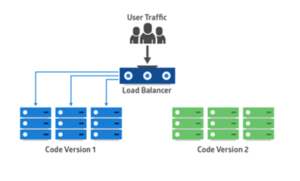 Following are the commands for installing gcloud and kubectl in Jenkins server. 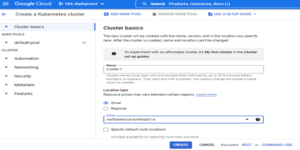 As we create standard cluster, By default 3 node pool instance will be created.

Following are the plugins required 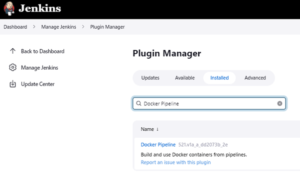 Go to IAM & Admin in GCP and choose service account 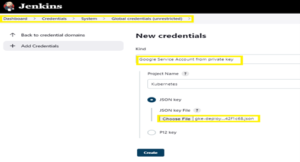 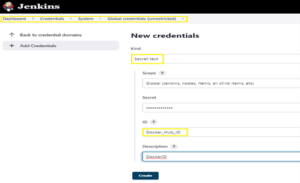 For V1 version of application: https://github.com/suraj11198/k8s.git

For V2 version of application: https://github.com/suraj11198/new-zero-downtime-freestyle.git

Create pipeline job for v1 version deployment application and configure SCM into it, apply and save it. 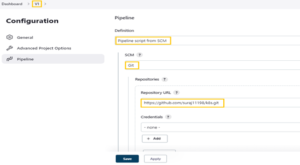 After building a job,

The docker image will be push on docker hub repository.

Once pipeline successfully runs the code for v1 version of application get deployed on GKE cluster service/application deployed on service section with 2 pods as we mentioned 2 replicas in deployment.yaml file in source code. 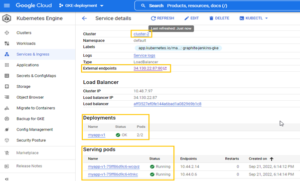 Now to deploy second upgraded version of application, create pipeline job for v2 version deployment application and configure SCM into it, apply and save it. 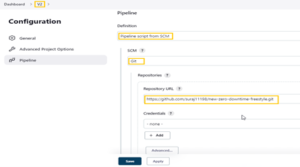 After building a job,

The docker image for v2 version of code pushed into dockerhub repository.

Once pipeline successfully runs the code for v2 version of application get deployed on GKE cluster service/application deployed on service section with 2 pods as we mentioned 2 replicas in deployment.yaml file in source code. 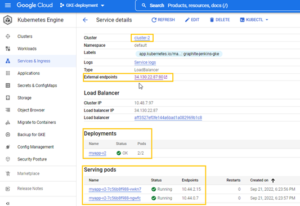 Once job 2 failed it will trigger and build job 1 automatically.

Once the job v2 get failed, it will automatically rollback to job V1 and trigger pipeline thus application for V1 version get deployed with zero downtime.

To Automate build trigger, add webhooks on GitHub for both the job:

Once Developer commit changes on source code it will automatically trigger pipeline and application will be deployed on containers of GKE cluster. 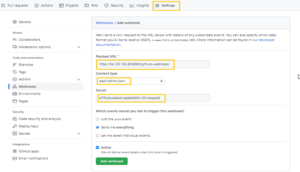 For adding secret, we need to create access token inside Jenkins.

In this way, we have setup CICD pipeline using Jenkins to deploy an application on GKE cluster using blue green deployment strategy with zero downtime. This kind of approach is crucial in the deployment of applications since it allows us to achieve zero downtime while transitioning to different versions of application.

Arjun Mishra is an Associate Technical Consultant at Perficient, having 3.5 years of experience in cloud services. Arjun is a great team player and is majorly focused on cloud and DevOps technologies.