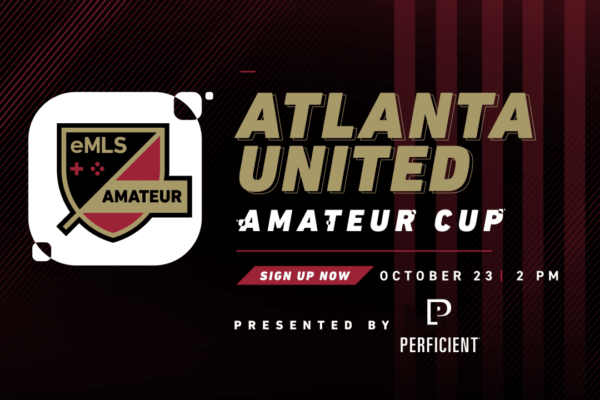 eSports Spectacle Set to Kick Off on October 23

Anyone is welcome to compete and prove their FIFA skills to the world.

Perficient is proud to sponsor this year’s Atlanta United eMLS Amateur Cup, which will bring the league’s best amateur gamers and fans together to compete to become the Atlanta United eMLS Amateur Champion. The tournament will be played in a 1-v-1 single elimination bracket. Each game will last six minutes per half and draws will be decided by a second Golden Goal match with a world class difficulty. Players must own a PlayStation 4 or PlayStation 5 console with a copy of FIFA 23 and have a reliable Internet connection, and all games must be played with Atlanta United as their club.

Ready to put your FIFA skills to the test? Review the competition rules and sign up to compete.

Your Chance to Join the Winner’s Circle 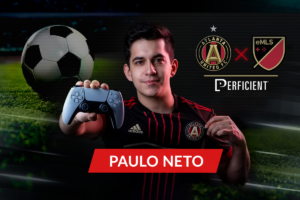 Atlanta United is the current reigning eMLS Cup champion after professional gamer, Paulo Neto, won the title last season. Neto qualified for the FIFAe World Cup and competed with the best in eSports across the world. He finished in the top eight, securing his spot as one of the best players in the world.

Our partnership with Atlanta United extends from the gaming screen to the soccer field. Atlanta United plays in the Mercedes-Benz Stadium where fans can spot a variety of Perficient branding and see the “Coin Toss Kid,” sponsored by Perficient, join the team captains to deliver the official game coin to the match officials for the coin toss.