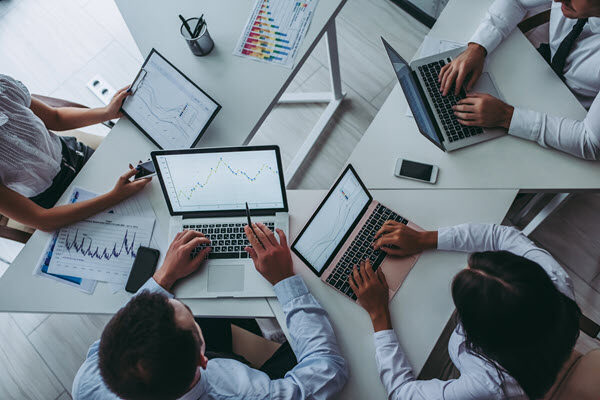 Microsoft’s PowerQuery is a neat tool that allows one to perform SQL-like operations on Excel tables.

When investigating a database, I actually prefer using PowerQuery over raw SQL for a couple reasons:

If you frequently use SQL to investigate databases, I highly recommend that you try out PowerQuery.

Here’s what happens if I have the following Excel Table: 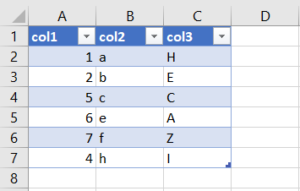 After I select a cell from the above table, and click “From Table/Range”, the PowerQuery editor pops up:

We can see that PowerQuery has represented my Excel Table as a query. We can also see the graphical user interface that allows us to interactively add steps to said query.

It’s instructive to think about how we can accomplish various SQL constructs within PowerQuery.

Above, we noted that accomplishing a where clause that involves more than one column is a bit hacky. We describe how to write such a where clause here. It’s really not that bad: first, just click the downwards arrow inside any column’s header, and filter for anything you like. I’ve done so, and filtered the above data for rows with col1 = 1:

Notice the code that appears in the bar that runs horizontally over the top the table:

This code provides a more low-level description of what the “Filtered Rows” step of the query is doing. You can probably guess how we accomplish a general filter (one that involves columns other than col1). If we wanted to change the filtering condition to, say, col1 = 1 or col2 = "b", then what we do is edit said code to be

It works! We get

In general, any column of the table can be referenced in an “each statement” such as the above by enclosing the column name in square brackets. Soon, we’ll learn more about what this square bracket notation actually means, and why it must come after the keyword each.