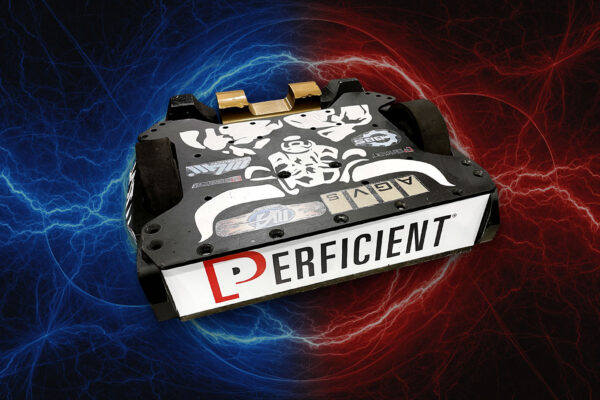 BattleBots, the most popular robot fighting competition in the world, is a fusion of science and sport, and Perficient’s partnership with RioBotz and their BattleBots competitor, “Minotaur” allows us to interact with STEM enthusiasts and tomorrow’s tech talent, today. Some of the best brains in the world build these bots, and this group of makers, creators, tinkerers and engineers have traveled across the world to compete in this season of BattleBots. The sixth season started in January, and although Minotaur started in flames, it has been on fire ever since. 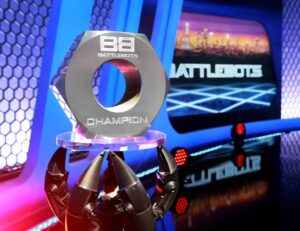 Each team joins the competition with one goal in mind: obtaining the ultimate prize in robot combat, the Giant Nut. The Giant Nut is more than just an iconic trophy. It symbolizes the BattleBots competition as a whole, and the distinct skills each team and robot has. It recognizes the obstacles overcome, the fights won, the effort it took, and highlights the teamwork it takes to become a World Champion.

Minotaur’s ferocious comeback during regulation competition resulted in them qualifying as number 16 seed in the World Championship. During the first round of the tournament, Minotaur battled Bloodsport and quickly compromised Bloodsport’s weapon early in the fight. The two bots ended up going the distance, but Minotaur ultimately won the match by unanimous decision. The first round win is sending Minotaur and Riobotz to the Sweet 16.

Our colleagues made sure to watch and celebrate the big win:

“Way to Go Minotaur! Moving on to the next round, so excited for our Perficient Minotaur Team!” –Shannon Hall, senior project manager

Minotaur returns to the ring for the Sweet 16 on March 31, where it will battle the defending champion and the number one seed: End Game. Perficient will be cheering Minotaur and RioBotz on throughout their journey to the Giant Nut!

Perficient Will Be Primary Sponsor of March 24 Episode of BattleBots

Perficient colleagues around the world are enthusiastic about Minotaur advancing in the World Championship, and we can’t wait to continue cheering on our favorite fighting robot as they compete in the tournament. 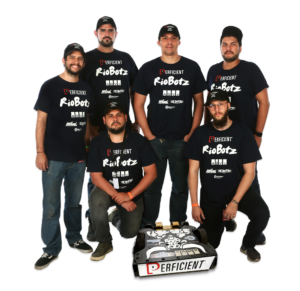 While Minotaur and Riobotz take a well-deserved break this week, Perficient will be the primary sponsor of the March 24 episode of BattleBots, airing at 7 p.m. CT on the Discovery Channel and Discovery+. We’re taking the opportunity to highlight our epic hiring campaign featuring hundreds of job openings for digital developers, software gurus, designers, strategists and digital enthusiasts.

Perficient is the leading global digital consultancy. Here, you’re able to build cutting edge, innovative solutions that transform how the world’s leading enterprises and biggest brands connect with customers and grow their business. Perficient is a great place to have a career, both personally and professionally, because we have built an environment that challenges, champions, and celebrates our people. From the U.S. to Latin America, to India and China – and everywhere in between – Perficient continues to attract the best and the brightest talent in the industry. The only thing missing is you!

If you admire the BattleBots makers, creators, tinkerers and engineers, and have a passion for technology, see where your tech talent can take you at Perficient.

At Perficient, we continually look for ways to champion and challenge our talented workforce with interesting projects for high-profile clients, encourage personal and professional growth through training and mentoring, and celebrate our people-oriented culture and the innovative ways they serve Perficient and the community. Learn more about what it’s like to work at Perficient at our Careers page. See open jobs or join our talent community for career tips, job openings, company updates, and more! Go inside Life at Perficient and connect with us on LinkedIn, YouTube, Twitter, and Instagram.

Hannah is the Communications Associate Marketing Coordinator based out of St. Louis, Missouri, focusing primarily on strategizing and composing internal corporate communications. She enjoys learning more about Adobe Creative Suite, following hockey, and spending time with friends and family in her free time.