Introduction to Spring Framework for Java 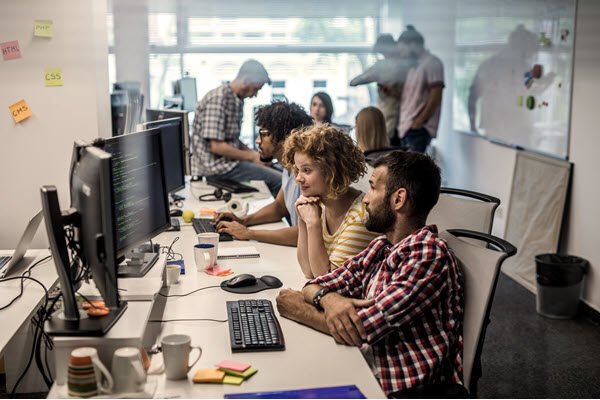 Introduction to Spring Framework for Java

This article walks through the basics of using Spring Framework for Java.

From a very, very high level point of view, Spring Framework infers a program’s runtime behavior from labels that the programmer attaches to pieces of code. There are many different groupings of labels, and each grouping of labels provides an interface to the configuration of some behind-the-scenes process.

Since a simple-looking Spring Framework program with just a few labels can have quite a lot going on behind the scenes, learning Spring Framework can seem a little overwhelming to the beginner. Learning is made even more difficult by the fact that most online resources documenting Spring Framework haphazardly walk through different types of labels instead of building a fundamental ground-up understanding.

This article intends to fill this gap and provide a ground up understanding. We will start with vanilla Java, and then, one programming design pattern at a time, we will augment on an understanding of how that design pattern is configured in Spring Framework with labels.

Before you begin reading this article in earnest…

Above, our “very, very high level” point of view was that Spring Framework infers a program’s runtime behavior from Java annotations. This is an accurate surface-level description of Spring Framework, but it isn’t a good characterization from which to grow a fundamental understanding.

We will begin our understanding of Spring Framework with a different characterization. At its core, Spring Framework is a tool for implementing the design pattern called dependency injection.

In dependency injection, the object instances on which a Java class Cls depends are “injected” into an instance obj of Cls by a container that has a reference to obj. Since the container, rather than obj, controls when obj‘s dependencies are injected, it is often referred to as an inversion of control container. Dependency injection is also sometimes called “inversion of control” for this reason.

What’s the point of dependency injection? It allows us to avoid instantiating unnecessary copies of a dependency.

When using Spring Framework, we will spend most of our time dealing with and thinking about “Spring beans,” which are the dependencies that are managed by the Spring IoC container.

To be more specific, a Spring bean is a not-necessarily-Serializable object that…

Spring beans can be configured via XML files or by using Java annotations within Java classes. Using annotations is the modern approach. This article will use annotations only- no XML code.

Note that a Spring bean is different than a JavaBean. JavaBeans are part of the core Java language, while Spring beans are obviously not. (Specifically, a JavaBean is a Serializable class with a public no argument constructor that has all fields private).

To specify that Cls should be instantiated as a bean at runtime, annotate a method that returns an instance of Cls with @Bean, and place that annotated method within a class that is itself annotated with @Configuration:

Another way to specify that a class Cls should be instantiated as a bean at runtime is to annotate Cls‘s class declaration (i.e. public class Cls) with @Component, while also annotating some other class, say Config, that is “at or above below” the level of Cls in the directory hierarchy with @Configuration and @ComponentScan:

Specifically, using @ComponentScan in this way specifies that, at runtime, if a class “at or below” the level of Cls in the directory hierarchy is annotated by @Component  or by an annotation whose parent annotation* is @Component, then that class will be used to construct a Spring bean. Notably, the annotations @Service, @Repository, and @Controller all have @Component as a parent annotation.

As is noted in this Stack Overflow answer, Spring Framework’s AnnotationUtils class has a method that tests whether an annotation is equal to or is annotated with another annotation. I’m making an educated guess that Spring uses this sort of inheritance testing for annotations all over the place.

Differences between @Service, @Repository, and @Controller

@Service, @Repository, and @Controller are similar in that they are all meta-annotated by @Component. What are some differences?

We now know how to configure Spring beans, but don’t yet know anything about how to actually dependency-inject Spring beans into other Spring beans. We describe how to do so in this section.

Though, before we describe how to do so, there is a little more prerequisite knowledge we should cover.

For the rest of this document, the term bean definition will refer to a method annotated with @Bean that returns an object instance or a class annotated with @Component.

Every bean definition has an associated “scope”.

The default (and most important) scope is singleton. If a bean is of singleton scope, all references to that bean access the same Java object. singleton scope is used to achieve dependency sharing, which, if you recall the above “Dependency injection” section, is one of the key advantages of using an IoC container.

The four other scopes, request, session, application, and websocket, can only be used in a “web-aware application context,” and are less commonly used. Don’t worry about these ones.

POJOs are often used in Spring apps in combination with not-POJOs to represent “more concrete” objects (such as an Employee, etc.).

Now, we are actually ready to use Spring Framework to implement the dependency injection design pattern.

We want to inject an instance of the Cls2 into our Cls1 bean at runtime. To do so, we need a reference to the Spring IoC container.

We perform dependency injection by using ApplicationContext as follows:

The above code is adapted from Macro Behler’s article.

In Spring Framework, one typically uses annotations that execute the effect of the above dependency injection behind the scenes. Specifically, one uses the @Autowired annotation. When @Autowired is present on a bean’s field, an instance of that field’s type will be injected into that field at runtime.

So, if we want to replicate the functionality of the above, we would write the following:

You may wonder how it is possible to inject an instance of Cls2 into cls1 when Cls1 has no setCls2() method. After thinking about it for a second, you might suspect that injection is done by using Cls1‘s constructor. This is actually not the case. (In the above code, Cls1 doesn’t have a with-args constructor!). When @Autowired annotates a bean’s field, then, at runtime, the IoC container uses this Java reflection technique to modify the field, even if it’s private.

According to this article, using field injection is bad practice because it disallows you from marking fields as final . (You want to be able to mark fields as final when appropriate because doing so prevents you from getting into a circular dependency situation).

Using @Autowired on constructors and setters

@Autowired can also be used on constructors or setters to inject a parameter into a constructor or setter at runtime.

Because a bean could have an @Autowired field whose type is an interface, and because multiple classes may implement the same interface, it can be necessary to specify which implementation of the interface is meant to be dependency-injected. This is done with the @Qualifier annotation, as follows:​

Here are the specifics of how field-names are matched to bean-names: