An abstract take on the dependency injection pattern 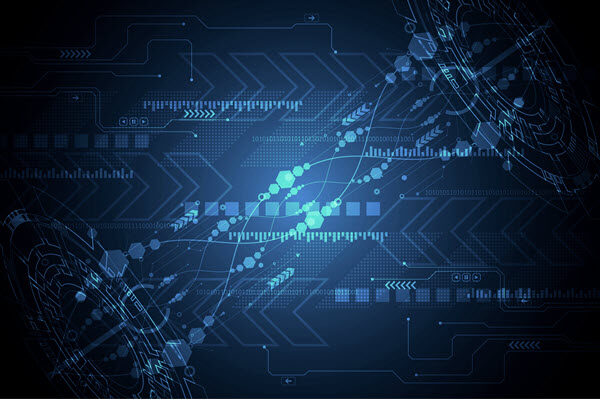 This article will take a relatively abstract look at the design pattern called dependency injection (or inversion of control). I feel that most articles about dependency injection get too bogged down in the particulars of whatever example is being used to demonstrate the structure. In this article, we’ll present pure abstraction.

Well, maybe not pure abstraction- we do have to pick a particular programming language, after all! We will use Java in this article. If you don’t know Java, don’t worry too much. We’ll stick to “basic” Java- nothing esoteric.

Consider the following dependency situation, in which a class Cls depends both upon an interface Intf and on an implementation Impl of that interface.

Cls depends on Impl because it requires knowledge of the Impl type in order to execute new Impl(). To restate, our current dependency situation is:

We want to be in a dependency situation in which Cls depends only on Intf and not on Impl. I.e., we want to decouple the implementation of Cls from any particular implementation of Intf. As described in some Microsoft documentation, this decoupling is desired because:

* If you’re using Spring Framework for Java, you can change the injected implementation by changing an annotation within the body of Cls. I don’t count this as changing “actual code” in the body of Cls! Admittedly, it would be better if changing the interface implementation didn’t touch anything inside Cls, so that the configuration code (the code specifying which interface is to be injected) is completely separate from the implementation code. C# .NET’s way of doing dependency injection is better about sticking to this rule.

To improve our dependency situation, we will pass the responsibility of creating Impl to some Container class that manages Cls. When commanded to do so, Container will “inject” a newly created  Impl instance into Cls. One way to perform this “injection”, constructor injection, is to pass an Impl instance to a constructor of Cls that accepts an Impl. (Of course, Cls must have a public with-arguments constructor for constructor injection to be possible). There are other forms of dependency injection, such as setter injection and field injection. (In Java, field injection is predicated on abusing reflection techniques to modify private fields).

Now, Cls depends only on Intf and not on Impl, as desired.

In addition to solving the decoupling problem, dependency injection comes with the extravagant benefit of allowing for the “injection” of a single interface implementation into different classes that depend on the same interface type, when doing so makes sense. In other words, our new dependency situation also allows for the sharing of one Intf instance between class instances.

To summarize, here are the two main benefits of dependency injection:

Extra: did we give Container unnecessary information?

Answer: upon investigation, I found that it is just convention to pass more information than is strictly necessary in certain dependency injection frameworks.