Blending AI with Mobile Commerce to Craft the Perfect Beverage

After a recent re-watching of Back to the Future Part II, I was surprised how some of the 21st Century technologies featured in the movie are a reality today.  No, flying cars don’t exist, but the writers did get a few things right, like the Chicago Cubs winning the World Series (a year too soon, but close) and artificial intelligence.
Remember the scene where Marty Junior talks to the TV to select the shows he wants watch? Or, when Lorraine speaks to the hydrating machine to bake a pizza?  Voice recognition combined with artificial intelligence (AI) is no longer a thing of the future.  It’s quickly becoming mainstream. 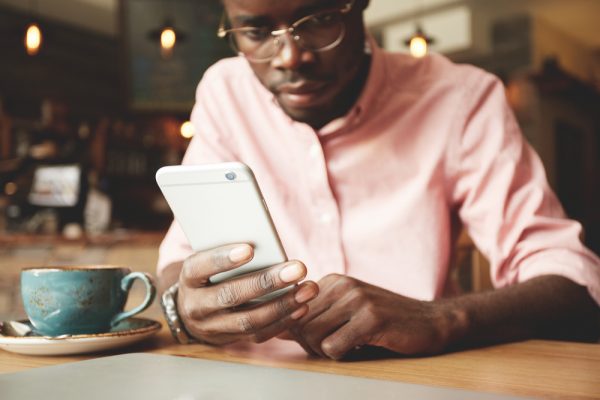 Just this week, one of the biggest brands in retail coffee announced it’s jumping on the bandwagon, blending mobile commerce with voice-recognition AI to order your barista-crafted beverages.
Using the Starbucks mobile app, customers can now order drinks via voice on their iPhones or through Amazon’s Alexa system.

The new capability works with the barista feature on the Starbucks’ app, which relies on artificial intelligence to interact with customers. Customers can talk with the software in the same way they would order coffee at a store. – Internet Retailer

As an early adopter of new technologies, Starbucks first offered the option of mobile payments in 2009, followed by mobile ordering capabilities in 2014. Since then, mobile payments for orders make up 27% of U.S. transactions.
It will be interesting to see how incorporating AI with its established mobile commerce platform translates into an increase in transactions, and more importantly, how the local Starbucks adapts to the demand.
For the latest news, trends, and insights on eCommerce solutions, subscribe to our weekly Commerce Digest!

Stephanie has more than 15 years' experience in marketing communications, leading and executing marketing strategies for corporate and non-profit organizations. She elevates the awareness of relevant digital solution topics and thought leadership for Perficient.