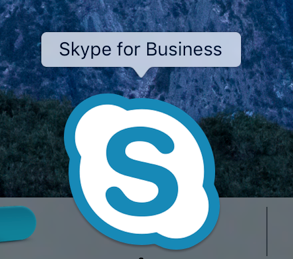 Great news for enterprise Mac users – this week, out of Redmond: the new Skype for Business client for macOS has been released and is available for download!
If you’re a business Mac user (or if you support Mac users), and currently use Lync Server, Skype for Business Server, or Skype for Business Online as part of Office 365 in your enterprise, you know that your option for a full-featured unified communications client for Mac users has been the Lync 2011 client – client software for the macOS platform has not been updated since that release.  In contrast, Windows users have experienced regular updates and feature enhancements included in the release of the Lync 2013 client, Skype for Business 2015 client, and Skype for Business 2016 client as part of the Office 2016 suite.  Meanwhile Mac users have been patiently waiting for an upgrade.  Your patience as Mac users and administrators has now been rewarded with this release!  It is encouraging to see Microsoft placing such a significant amount of resources into carrying forward the new Skype for Business platform for customers who leverage Apple platforms in the enterprise, yet still want to seamlessly communicate and collaborate using their organizations Office Server or Office 365 platforms.
Some reading this post may already be familiar with the client in its preview state – Microsoft offered users registered in the Skype for Business Preview Program an inside look into the client throughout the development process, and received overwhelming feedback during the run of the Mac client preview (so much, they had to begin turning potential preview users away).  This feedback was used to develop what I anticipate will be the best Mac client yet.  Some of the new functionality introduced in this new client includes: