My first job at a digital marketing agency was managing AdWords accounts for clients. When I started, I didn’t know PPC from PVC, but I had a great mentor, read every blog I could, and learned quickly from experience.
Then came the day my boss asked me to get official AdWords certification from Google. I studied for that test harder than I’d ever studied for any college exam. This was the first time I’d ever been asked to take a test that might affect my job.
I passed! I got to print out a nice certificate to put on the outside of my cubicle telling the world I was an official Google AdWords Certified professional.
Fast forward a couple of years and I’m trying to make my way in the SEO world as well. Surely Google has a similar exam and certification program that will tell everyone I follow Google-approved best practices for search engine optimization?
Nope.

Why Doesn’t Google Have an SEO Certification Program?

This question came up during our first Virtual Keynote with Gary Illyes (Google Webmaster Trends Analyst). Someone in the audience asked, “Do you think that Google should have an SEO certification program just like it has an AdWords certification?”
Gary Illyes answered:

We were thinking a lot about this. A lot. And then a bit more. And we always end up with the conclusion that, no we shouldn’t. There are many reasons why that would be a good idea. There are way more reasons that it would be a bad idea. If we endorse SEOs, then that will also mean that we actually have to, perhaps, train them, which would be nonsense because, first of all, it wouldn’t be scalable to train I don’t know how many people.
Second, if we do go down that path, then we will have to hire more people, which costs money. We have to get that money somehow, so we would ask for money [from those applying for certification]. Search doesn’t ask for money for anything, so there’s already a conflict there. There were tons of things that we brought up against this. My short answer is no, we will not have that any time soon. That’s it!

Let’s go through the key points in Gary’s answer.
1. Google would have to provide training
A certification test is only meaningful if it is certifying that the one who passes it has an acceptable level of understanding of a prescribed curriculum. It would be absurd if you signed up for a college course with your grade totally dependent on a final exam, but were then told that there was no syllabus, nothing to read, not lectures, no way to prepare for the exam.
So fine, why doesn’t Google just put together such a curriculum? Gary mentioned cost as one reason, and I’ll get to that in the second point below, but I think there is likely at least two more possible reasons he didn’t mention.

2. Google would have to charge SEOs for the exams
Putting resources into training materials, exam construction, and maintaining a certification database are all expenses with little ROI to Google. That’s why they charge a fee to take the AdWords exams. (Also, probably because charging a fee makes people take the exam more seriously.)
UPDATE (29 March 2016, 1:20pm EDT): I was informed by an alert reader that Google no longer charges a fee for taking AdWords exams, and confirmed that they indeed dropped the fee in 2013. However, I think Gary’s assertion is probably still valid. Remember that AdWords and Search operate entirely separately within Google, with their own budgets. Also keep in mind that AdWords directly generates huge revenue (actually, the majority of Google’s revenue), while Search only generates revenue indirectly (via the AdWords ads it displays). So it is likely that it would indeed be difficult for Search to get budget for a certification program, since it could not be justified with a measurable return in revenue.
People will use AdWords whether or not there is a certification program for AdWords managers, so Google gains little by providing it. Mostly, it is a service for those managers. It gives them a plaque to hang on their wall and an icon to put on their websites that might give their clients more confidence about using them. .
So, as Gary says, Google would have to charge for any SEO certification program in order to cover and justify the expense and person-hours that would go into it. And there’s the problem.
Search Is Sacred
As Gary said, “Search doesn’t ask for money for anything.” At Google, Search is Sacred. 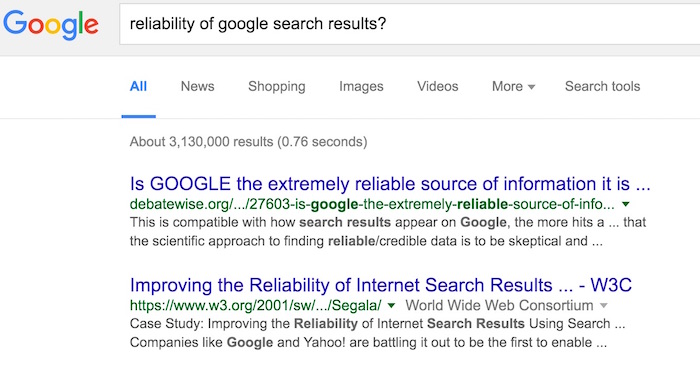 Search is Sacred? What do I mean by that? Search is still the single most important thing Google does, because it is (by far) the largest revenue generator for the company. People continue to use Google search because they trust it. They expect the search results to be totally unbiased, to be beyond any possible influence by anything other than the impersonal, objective algorithms.
For that reason, Google has always guarded the sanctity of the search results from even the appearance of untoward influence. For example, there has been a recurring accusation that big-money AdWords accounts get preference in the search results. Not only has Google repeatedly and vehemently denied this, even ex-Googlers who no longer have anything to hide have been just as strong in their insistence that there is an absolute wall of separation between AdWords and Search.
I believe them, for one simple reason: whatever revenue Google might gain by allowing paying advertisers to think their money might buy them preferential treatment in search would be pennies next to the billions Google would lose if it ever got out (as it inevitably would) that such was the case. Again, the entire value proposition of Google Search is founded on trust, on a sacred promise that the results are beyond any manipulation or influence.
So that is why Google won’t contemplate taking even the small fee that it might have to charge for an SEO certification program.

What About an SEO Industry Certification Program?

There have been any number of proposals for some kind of third-party, industry-recognized program of SEO certification. One such attempt was the SEMPO Institute, launched in 2008 by the Search Engine Marketing Professionals Organization, but shut down in 2012.
Two current online SEO training and certification programs are one by MarketMotive and a forthcoming USC Davis course by our own Eric Enge: Become an SEO Expert. While both are excellent training opportunities, they still don’t fill the place of an industry-recognized SEO certification program.
Why has no such program emerged and been accepted by SEOs everywhere?

Without Certification, How Does an SEO Establish Credibility?

Licenses, diplomas, professional certification, all of these are relatively recent developments in history. Doctors, lawyers, teachers, and other similar professions have existed for centuries, but it was only with the increasing availability of university education in the nineteenth century that licensing and certification became the norm in the West.
Before that, what we call professionals today were simply practitioners. Typically they learned their profession in some kind of apprenticeship. Their only certification was reputation, both that of the master who trained them and their own as they plied their trade.

Because of all the reasons listed above, SEO remains one of the few professional occupations that still (for the most part) functions under the older system. Name any prominent, respected SEO you know today, and chances are good that they have no formal certification in their field. In fact, in most cases, they have little or no formal education in their current profession (since college-level SEO programs didn’t exist until a few years ago, and are still relatively rare).
Despite that fact, those people are often working with some of the largest companies in the world and making incomes well into six figures. In other words, they are trusted as much as anyone trusts a doctor or lawyer with a diploma, license, and professional organization certification. But they earned that trust “the old fashioned way,” by proven performance and demonstrated expertise.

How to Become SEO Certified Without a Certificate

Therefore, here is my advice on how to become an SEO professional, despite the fact that there may never be a fancy, gold-embossed certificate to hang on your wall.

Need professional help with your SEO? Find out how we can help you!
Related: What Is Keyword Density?

Thoughts on “Google SEO Certification: Why Doesn’t It Exist?”