How NOT to Rank #1 on Google

I encourage everyone to take a quick three minutes to review this quite humorous mashup video by Sam Applegate of http://www.ninja-creative.com.  Matt Cutts is the head of webspam at Google.  He’s basically Google personified when it comes to why a website ranks (or fails to rank) in search results pages.  In his own words on his Google Plus profile

I’ve met Matt a few times myself and obviously you can see from his quote he does have a good sense of humor.  That’s why the concept of taking a bunch of his Q&A videos on Google’s webmaster help youtube channel and mashing them up to give horrible advice is so hilarious.
Still I’d like to take some time to address the topics covered in this video and explain exactly why you would NOT want to do these things in order to gain favor from Google.

Ten years ago(in the stone ages of search engines) web pages were simply indexed and categorized based upon the content found on the page.  Not much else influenced ranking at that time and by repeating a keyword topic over and over on the page, magically you became extremely relevant and an authority on the subject according to the simple (and woefully inadequate) ranking algorithms of that day.
Thankfully for us search engines have advanced to a point where the on page content is just one part of the equation.  Your page ranking is determined by more than 200 unique signals which keywords on the page are but one part of.

Linking to “a bad neighborhood”

How one website connects to another is what set Google apart from other search engines when it launched.  Google looked at more than just the keywords on a page for ranking.  Google developed a method in which they called PageRank (named after Google cofounder Larry Page) that would assign a value to your domain depending on how many pages linked to your domain and how “trusted” the linking website was.  Getting a link from a .GOV or .EDU usually carry more weight.  If you happen to have your website mentioned on CNN.com, you can bet you’ll see a boost in PageRank. On the other hand if all your incoming links are from the 3 P’s (Pills, porn and poker) than you will generally see a lower PageRank score.

Google never accepts payment to add a site to the index, update it more often, or improve its ranking. Some people still believe that favor is shown to websites that run Adsense on their websites. The thought process is Google would stand to increase profits for sending visitors more often to sites in which clicking on an Adsense link within that site would send money back to Google. This is simply not the case. Google is a money making machine as it still controls 67% of the entire US search engine market and it has country specific search engines in just about every country out there. They have no need to game the system.

If you’d like to learn more about how Google indexes and searches the web, check out their micro site on the subject.  They’ve done such a good job of describing “how it all works” that anyone can understand the process.
http://www.google.com/competition/howgooglesearchworks.html 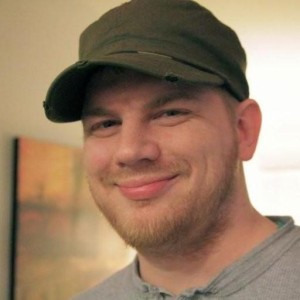