Andrew Schwenker is a Sr. Technical Consultant within Perficient’s Microsoft National Business Unit East's SharePoint practice. Andrew has nearly 2 years of experience in consulting and has participated in projects that have touched nearly every aspect of SharePoint 2010. Andrew earned his Bachelor’s degree in Computer Science as well as Master’s degrees in Computer Science and Information Systems from Indiana University. He’s interested in creating winning solutions to generate business innovation using SharePoint. Prior to starting at Perficient, Andrew completed internships with General Electric, ExactTarget, and Great American Financial Resources. During his studies, he actively participated in Alpha Phi Omega National Service Fraternity and competed in the first annual Cluster Challenge at SC07 in Reno, NV. Andrew was a part of the dynamic PointBridge team that was acquired by Perficient.

Blogs from this Author

Recently I led a team from Perficient to upgrade our existing SharePoint 2010 intranet (The Hub) to SharePoint 2013.  That process involved months of planning culminating in a solid week of fretting as the migration took place over several days.  Since everyone on the team is involved with client work, we couldn’t in good conscience […]

Since Apps are the “next big thing” for SharePoint, from an opportunity perspective, expect to see a lot of hullaballoo about how you should create apps because they’re going to be the greatest thing to happen to SharePoint since Shared Service Applications replaced the Shared Services Provider.  However, not all apps are created equal, and […]

About two months ago, I was pointed to an article that talked about SharePoint Apps and how some people are starting to call them “Crapps”: SharePoint 2013 Preview – Apps or Crapps?  I didn’t want to add my two cents right away because I hadn’t really had a chance to play with the App Model […]

Welcome to the final part of my series on the Claims Infrastructure in SharePoint 2013.  In the previous parts, I spoke on Distributed Cache Service and how it’s improved the authentication model in SharePoint 2013.  Then I looked at OAuth and SharePoint Apps in relation to their use of claims through the OAuth model.  Finally, […]

Welcome to Part II of SharePoint 2013 SharePoint Claims Infrastructure.  Previously in Part I, I wrote about the Distributed Cache Service and how it has helped revolutionize the authentication model in SharePoint 2013 by allowing for active load balancing in the farm as it pertains to authentication.  In Part II, I focused on OAuth and […] 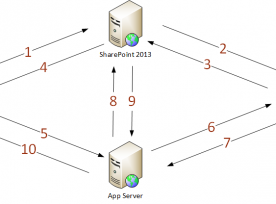 Welcome to Part II of SharePoint 2013 Claims Infrastructure.  Previously I wrote about the Distributed Cache Service and how it will revolutionize the authentication model in SharePoint 2013 (along with a lot of other great use cases).  In this post, I want to focus on the way Open Authentication (OAuth) works with SharePoint Apps and […] 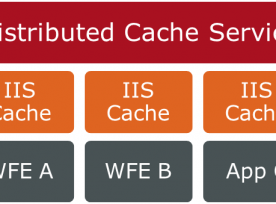 If you’ve used claims with SharePoint 2010, you know that it can be incredibly frustrating to work with. Setting it up is only half the battle. When you want to interface with it either via web services or your own client applications, it can quickly become a nightmare. In addition, you had to make sure […]

SharePoint 2013 has been out for a little over a month now, and during that time I’ve had the chance to play with it in several environments and get a feel for how it performs.  The blog is a follow-on to my previous blog post regarding SharePoint and Virtual Machine (VM) Performance.  In that post, […]

What Can Claims Do For You?

In case you haven’t heard, all web applications in SharePoint 2013 will default to claims-based authentication. While it’s possible to create a “classic” web application still, Microsoft has deprecated the functionality in favor of the future. That means many organizations will be defaulting to a claims-enabled world. Fear not! Claims is not the end of […]