In this post, we will take a look at enabling TLS for IBM MQ inter-cluster communication. Enabling TLS on the MQ cluster is one of the easiest things you can do for the security of your MQ infrastructure.

First of all, you need to have your key stores setup on all queue managers in the cluster and certificates loaded into them. 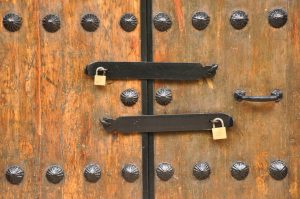 Second of all: why? Well, after you authenticated the users or applications connecting to the cluster and then checked their authorizations against OAM for various objects in your MQ infrastructure, they will start sending messages and the MQ cluster will start routing them. Those messages will be transmitted across the wire in the clear, and can be easily intercepted and reconstructed. For this very reason, whenever a message is in flight, it’s a good idea to secure both the origin and the destination with TLS v1.2 or above. If a message is intercepted, it will be encrypted and will take a very long time to decrypt.

These steps have been tested on MQ v8 and v9.

That’s it! Now your cluster traffic is encrypted. Let me know if these instructions worked for you!

A user pointed out in the comments that they are getting AMQ9288 after performing steps outlined in the post.
It required further investigation and, I believe, I found a solution. Appending it here for those that run into this issue.

In version 8.0.0.4 IBM changed how GCM ciphers behave (including the one I used in the example).
If you send a certain number of TLS records with the same cipher key the channel will end with AMQ9288.

In order to avoid that, you have two choices:

It will now be renegotiated after every, approximately, 10MB of data is passed on the channel.
You can specify your own number of bytes up to 999,999,999.

You can also change it in MQ Explorer, under queue manager properties, in SSL tab.
Remember to refresh security of type SSL after you make changes to SSL configuration of the queue manager:

Here is a table  of all supported MQ v9 ciphers you can pick from: Enabling CipherSpecs

But you need to remember that some of them might require different digital signature algorithms when requesting your certificate, e.g. ECDHE_ECDSA_* ciphers.

You can also enable an environment variable to circumvent this restriction (not recommended for production deployments).

Please refer to this article by IBM for the source of this explanation: Change in behavior for channels using GCM based CipherSpecs

Graduated from San Francisco State University with a Bachelor of Science degree in Computer Science. Worked at IBM as a WebSphere Technical Specialist from 2005 to 2010. Proud to be a team member at Perficient since 2014!