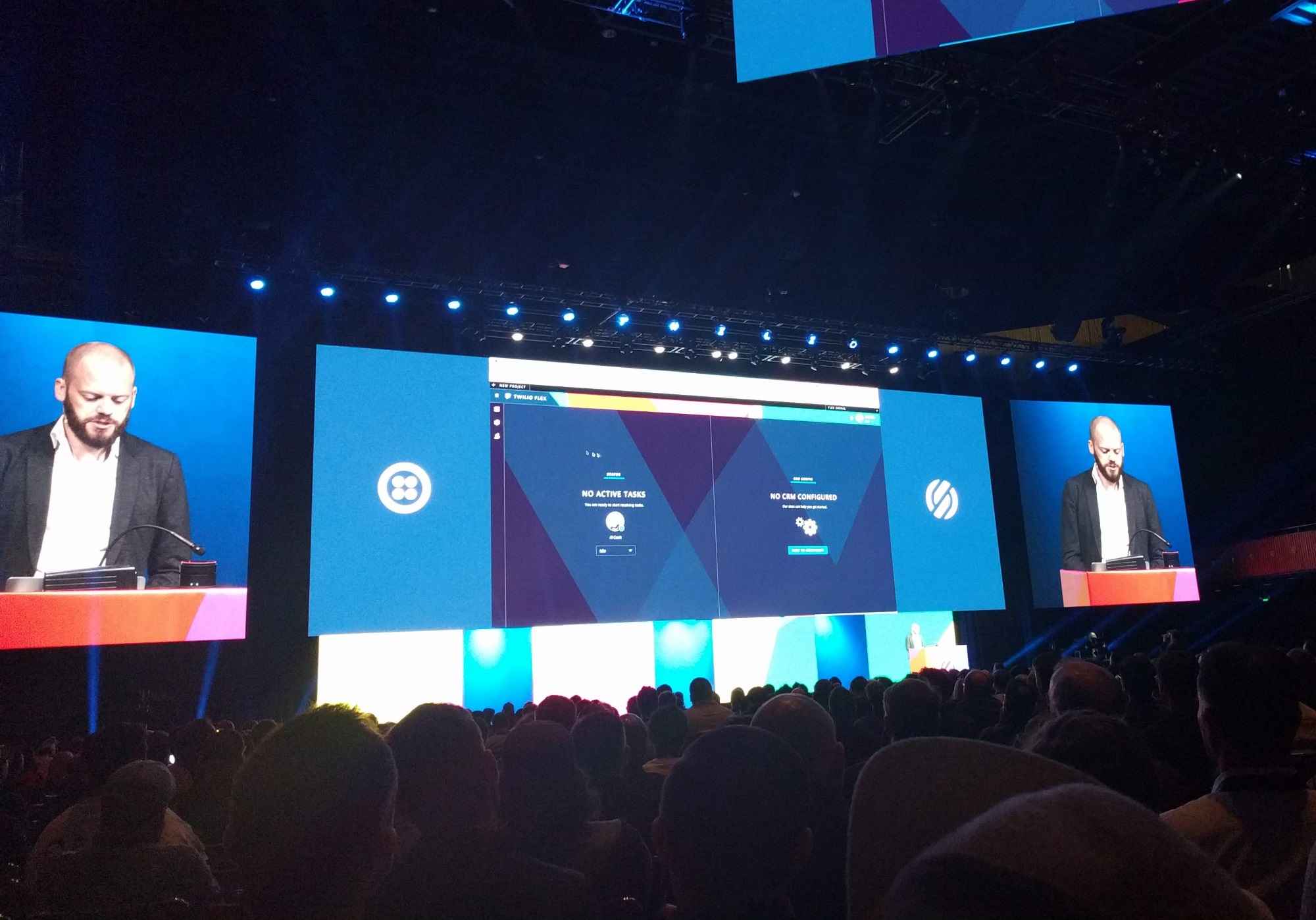 Yesterday kicked off Twilio’s Signal conference and of course the buzz everywhere was about Flex, the contact center application platform that Perficient has been working with for a few months in Dev preview. From what I’m hearing, this is by far the biggest Signal conference ever and there is definitely a lot of energy and excitement in the air.

My favorite part so far, in additional to all the cool tech announcements, is meeting a bunch of Twilio folks that I’ve only met virtually up until now. We’ve had a steady stream of people dropping by the booth to say hi and definitely making a lot of new contacts as well.

Jeff Lawson (Twilio CEO) kicked off the keynote yesterday morning with a couple of quotes I really liked.

Communications are changing the nature of the relationships we are building with each other as human beings.

We hear a lot about some of the challenges and disadvantages that all the ubiquitous technology around us affects us, but Jeff mentioned that his children have a deep and personal relationship with their grandparents that live 3000 miles away. Communications enables a lot of great things too and Twilio is always looking for ways to use their platform in interesting and fulfilling ways.

There was an interesting interlude around those AT&T commercials that came out in the early ’90s with the tagline of “You Will”. I remember those. It was stuff like talking to something on a phone watch at the top of a mountain or controlling your lights while you are away from your house. The interesting thing is almost everything in those commercials has actually come to pass. At that point, AT&T was still very much in control of most phone communication and it only happened at home on a land line. Jeff turned it around to say it was under AT&T’s nose the whole time, except they wouldn’t ultimately be building it all. You Will and he pointed to how APIs are allowing developers to build all this. Another great quote I liked.

APIs democratize the ability to build the future

I also love this goal Jeff showed off. 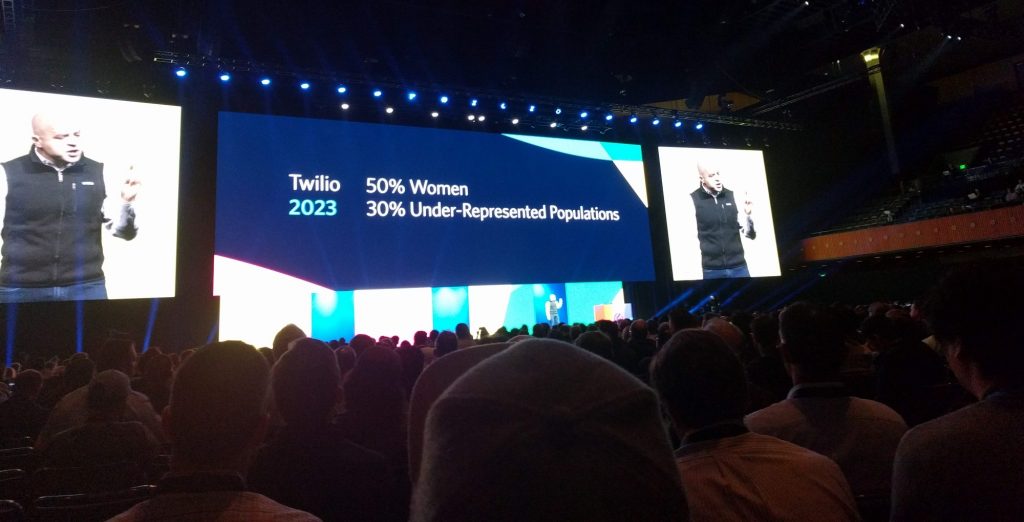 Lots of other great stuff, but of course the main focus was Flex and Al Cook (head of Flex) took the stage to show it off. There is a brand new template now front and center when you create a new Flex project. You can also pick your theme when you are first setting up the agent console.

One of my favorite parts of the keynote was Jen Aprahamian (Developer Educator) showing off the new plug-in model for the Flex agent console. Jen has helped us out a lot on various topics and she did a great job at showing how easy it is to customize the UI of Flex. We have a lot of ideas around this of course, so it’s cool to see Twilio moving towards more of a predictable and consistent model for how to do it. Of course the big announcement that everything was waiting for is the Flex is now Generally Available. We expect to see the dam of pent-up demand burst at this point as any company can now start to explore the capabilities of Flex.

Nico Acosta showed off some enhancements to Twilio’s natural language modeling product. This has been re-branded internally a few times while under beta. We knew it as Assistant and have worked with it a bit on several projects and demos. Now called Auto-Pilot, it provides a rich way of building out machine learning and natural language interactions that you can utilize across any Flex channel. Nico was brave enough to do some live demos that were pretty great, but the gutsiest move was when he said “now let’s try to break it”. This was an opportunity to show various recovery and retry scenarios when the model doesn’t understand the first time or the “customer” gives a nonsensical answer. A thoughtful new addition is the idea of stylesheets that can tune your model’s workflow (what the customer actually hears) outside of changing or manipulating the model itself.

Really almost too much other stuff to mention, but a couple of stand-outs to me from various sessions:

At this point I need to get ready for Day 2, which I hear will bring some additional announcements. I’m tweeting out various things of interest real-time over at @skills0_on_tech, so follow me if you want to keep up with things we’re hearing about.

Director of Customer Engagement Solutions, currently focusing on the Twilio Flex contact center platform and other Twilio services. My background spans 25 years including Microsoft and front-end application development, unified communications, enterprise architecture and services, Azure, AWS, database design and a little bit of everything else.