Facecoin is Not the Only Option

Is Facebook getting ready to launch a Facecoin ICO? Probably not. A number of outlets are reporting that Facebook is planning on launching its own cryptocurrency, but that may just be a particularly narrow interpretation of blockchain from the people reporting this story. At this point, we do know there is movement at Facebook related to blockchain and blockchain could one day play a pivotal role in the Facebook stack. Just not where people may think.

Morgan Bellar of the corporate development team was apparently the first person at Facebook to seriously look into how blockchain could be used on the platform. Her work with Andreessen Horowitz and Medium seem to show that she looks at technology from a strategic perspective. It would seem that her work progressed beyond the aspirational to the practical sufficiently to possibly have been a factor in some high-level changes. 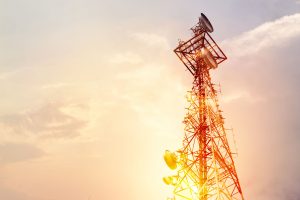 Trends in Cable, Satellite, and Telecom: A Look Back—and Ahead

In this collection, we look at key trends in the cable, satellite, and telecom industry and offer specific insights into market forces, digital experience, business optimization, and emerging technologies.

David Marcus, former president of PayPal, is stepping down from Messenger to lead a new blockchain initiative. “I’m setting up a small group to explore how to best leverage Blockchain across Facebook, starting from scratch.”, he said in the post announcing the move. Because he is an early bitcoin investor and is on the board of digital currency exchange Coinbase, some people may be thinking that a Facebook cryptocurrency offering would be a natural progression. You would have to discount statements he has made to the contrary and his support of Facebook’s decision to ban cryptocurrency ads including bitcoin.

Let’s assume that Morgan Bellar has identified some key strategic initiatives at Facebook that could potentially benefit from a distributed ledger and bitcoin investor with a deep knowledge of payments is leading the initiative with all options on the table. Where could they other than crypto?

A very logical alternative could be to use a distributed ledger to help make their byzantine (smile) privacy system more transparent and accountable. Certainly, that has some visibility right about now. Use cases like identity verification or tracking advertising sales also come to mind. There is also value in keeping an eye on a technology that could one day pose an existential crisis. It’s probably not OpenBook or Telegram, but not all social networks live forever.