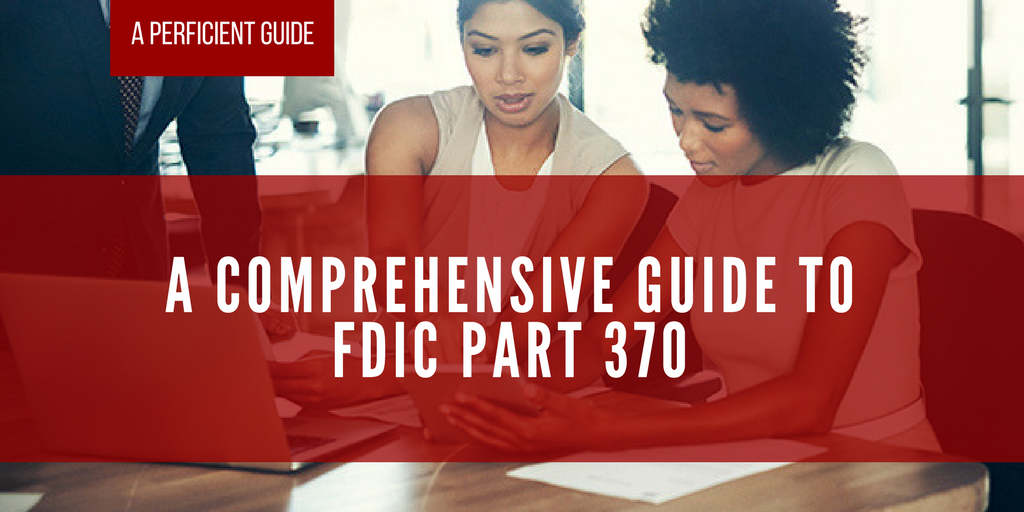 The rule builds on a previous rule 360.9, which requires banks with $2 billion in assets and 250,000 deposit accounts (or $20 billion in total assets) to be able to place provisional holds on accounts and supply depositor information to the FDIC in a standardized format. Part 370 shifts the burden of calculating beneficial ownership and insurance coverage from the FDIC to the affected institutions, starting three years from the April effective date or from when an institution first reaches two million deposit accounts.

The FDIC has estimated that implementation of this rule will cost almost $500 million across the banking industry.

What does it mean for covered institutions or banks that are approaching the two million account threshold? In our new guide, we discuss the background of Part 370 and the potential effects on the industry and individual financial institutions, including:

Matt Schmitzer joined Perficient in 2013 via the acquisition of ForwardThink Group. His areas of focus include strategy definition, business process redesign, and program management for large financial services organizations. He has over 15 years of experience spanning banking, wealth and asset management, and capital markets. Matt has successfully delivered projects at a range of clients, including Citibank, Morgan Stanley, State Street, and RBC.