Outlook 2013 and no Default Gateway 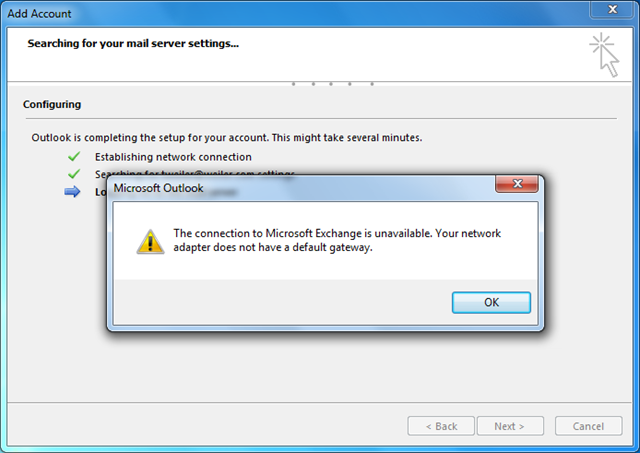 Recently I was setting up Exchange 2013 RTM in my lab and ran into an error when trying to configure my first mailbox with Outlook 2013 running on Windows 7.  While walking through the mailbox configuration wizard I was prompted with the following error while it was trying to search for my Outlook settings: 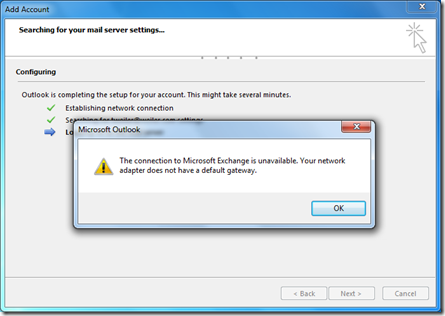 Since may lab configuration is rather simple running on VMware Workstation 9.0, I have a single subnet Custom subnet for my Windows Server 2012 Domain Controller, Exchange 2013 combined Mailbox/CAS server and a single Windows 7 workstation.  In past configurations like this with Exchange 2010 and Outlook 2010 I have never encountered this issue before when setting up an Outlook profile.  After doing some research on the web, I stumbled upon the following link which describes a similar issue with Outlook 2007/2010:  http://support.microsoft.com/kb/913843.  I figured I would give it a try with Outlook 2013 and see what happens.  I added the registry key as outlined in the KB article, however I did have to add a Key under Outlook called “RPC” as it didn’t exist and then add the appropriate DWORD value of DefConnectOpts with a value of “0” as shown below: 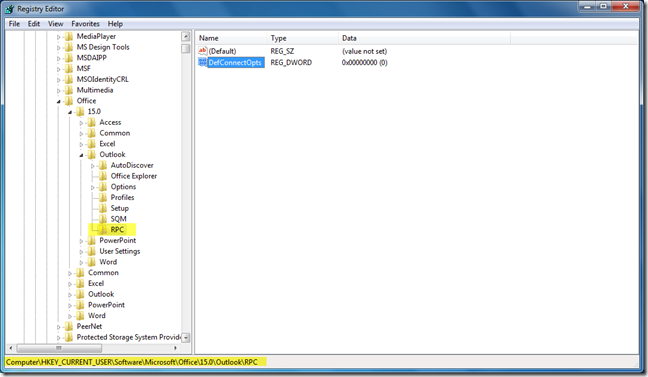 Once I did this, my Outlook 2013 profile was successfully configured!