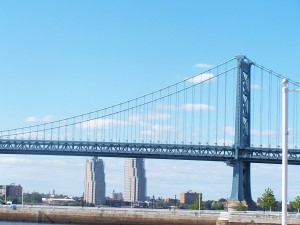 I’ve literally written a ton of VBA code over the years to “enhance” my end user’s experience. For example, I’ve often slapped a button on a worksheet or toolbar and used the E_PICK to pop-up a dimension subset editor allowing a selection of particular element and then using that selection to drive changes in the worksheet.  This works well:

What I really want to do from time to time is allow selection and return of multiple elements –which E_PICK does not support.

For example, I have a worksheet that lists accounts down the left of the worksheet and periods across the top. My goal is to allow the user to select from the periods dimension a “period view”. This can be any combination of periods.

A typical “view” selection might include a total year, 4 quarters and 3 months:

I want to permit the user to select all 8 elements and have them returned – preferably in an array.

No such luck with the E_PICK!

But, if I change out the E_PICK function with the SUBPICK, I’m (kind of) in business.

Have a look at the SUBPICK:

This is also a macro function, valid only in Microsoft Excel macros and VBA modules. This function calls a dialog box that lists all the elements in the specified subset. The elements
you select are inserted in the active worksheet, starting at the current cell position.

So I set up that same button, use the SUBPICK, and up comes that same subset editor, exposing the period dimension and this time my user makes the multiple selection and clicks OK.

Now, Cognos TM1 doesn’t understand arrays yet, so it does the next best thing. It returns the selected elements into your Microsoft Excel worksheet – which is nothing more than an “array of cells”.  You can even designate which worksheet (you make that worksheet the active sheet) and which cells (vertical – a column – or horizontal – a row).

So, in my case I spun the following simple, but useful, VBA code:

Then of course I’d write some clever lines of code to refresh the periods currently residing across the top of my worksheet with the newly selected ones – making sure to then recalculate my sheet to bring back my TM1 data.

Of course I soon found that my users only had a handful of “period views” that they really cared about 90% of time and now they were annoyed that they had to “reselect” the same periods each time they used my worksheet.

This function creates a dimension subset consisting of element names found in the active worksheet.

So, making use of this handy little nugget, I implemented a few more lines of code to allow the user to save their favorite period views on the TM1 server for later selection and use.

I know I know, so I finally ended up getting really creative and allowed the user to:

And so on – you get the picture…

On a side note: I’ve reached my goal (although a bit later than I’d planned) of logging 1000+ miles this year.

Here is a pic from last night’s 7 miler: 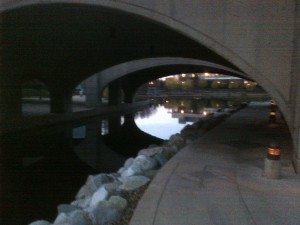 Reality is merely an illusion, albeit a very persistent one. — Albert Einstein