We are honored to announce that the St. Louis Post-Dispatch named Perficient a 2019 Top Workplace. A team from our global headquarters attended a ceremony at the Four Seasons Hotel St. Louis to celebrate the big win.

There, St. Louis Post-Dispatch editors told a packed house of the St. Louis-area’s premier employers that they should take pride in the achievement.

“It’s not an accident you’re here,” said Ian Caso of the St. Louis Post-Dispatch. “Someone had to say, ‘This place where I work is great, and I’m going to tell someone about it.’” 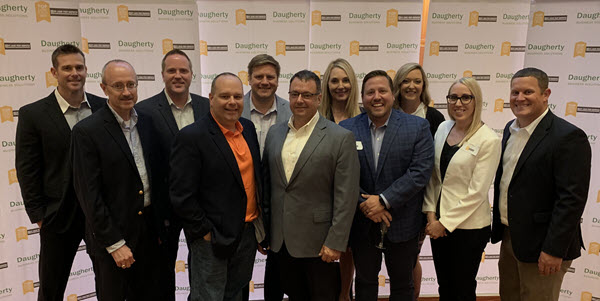 Based on survey responses from our colleagues, Perficient ranked 33 out of 55 companies in the Top Midsized Employers category. The St. Louis Post-Dispatch reports that 1,286 employers in the St. Louis region were invited to participate. Of that number, 150 earned recognition as a Top Workplace. 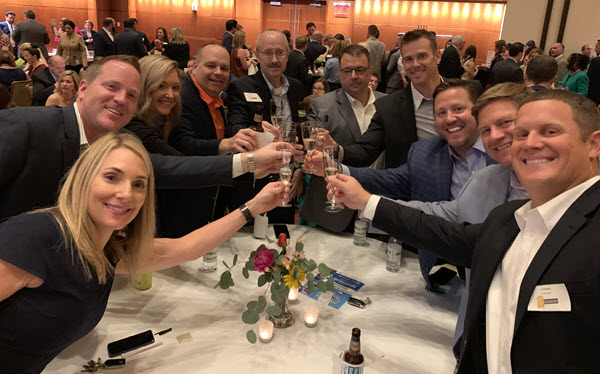 The overall survey findings revealed company values and feeling appreciated ranked highest in importance, and seemed to indicate inspired employees as the answer to the happiness-at-work equation.

“Employees that work at companies where their words are heard and valued – those are the Top Workplaces,” said Lisa Brown, St. Louis Post-Dispatch business editor. 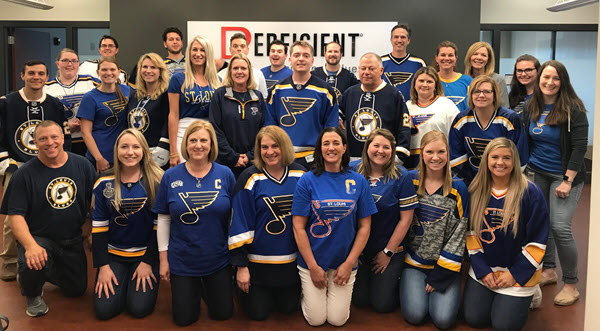 Perficient colleagues show their support for the St. Louis Blues during the Stanley Cup championship games.

When considering the top attributes in a company today, it’s no surprise Perficient secured a strong standing among the Top Workplaces winners.

“Perficient leadership cultivates a team-oriented environment where everyone feels that their contributions are important,” said Anthony Karre, director, Perficient. He’s been with Perficient for 19 years and has seen our company’s values hold strong during that tenure. “Perficient has emphasized this team approach for years, and this contributes to one of the lowest turnover rates in the IT consulting industry.”

Jason Hudnall, general manager, St. Louis, points to Perficient’s collaborative and supportive environment as part of what makes our company a Top Workplace. “Perficient provides our employees a great work-life balance where everyone is treated with respect and each person has a voice to bring forward new ideas,” he said. “Our consultants take pride in providing value for our clients delivering projects not only on time and on budget but also with a focus on purpose and innovation. 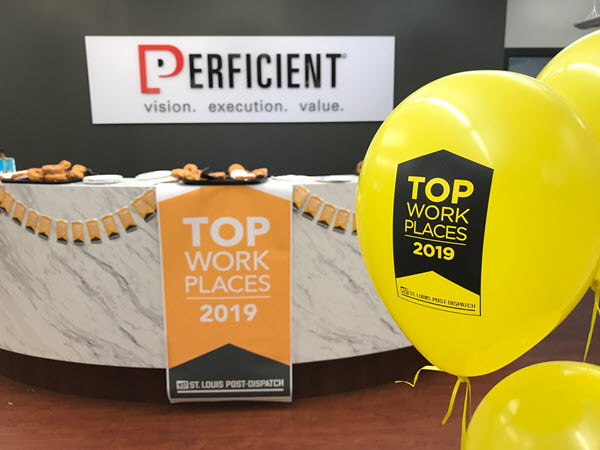 Sarah Shapiro, marketing coordinator, joined Perficient about a year ago. She’s come to love the culture in the short time she’s been on board. “Perficient never loses focus of its people,” she said. “There is such a great culture of lifting up employees by helping them grow and excel in the careers while having fun.”

Our St. Louis office was also named a Top Workplace by the St. Louis Post-Dispatch in 2015, 2014 and 2013. Perficient has been named a Top Workplace in additional markets including Denver, Chicago and Minneapolis as well. The St. Louis Business Journal named Perficient a Best Place to Work in 2019 and 2016. In addition, FlexJobs, a job service specializing in remote and flexible job opportunities, named Perficient a Top 100 Company to Watch for Remote Work for the three consecutive years. Perficient also maintains a 4.0 rating on Glassdoor.