Mobile devices are becoming more important than ever in our society. The demand for automated testing on mobile APPs is becoming significantly greater than before. This blog will discuss how to set up a mobile automated testing framework that is easy to create test scripts and maintain upon requirement change.

First, this blog will introduce a structure diagram of an automation framework so that you can have a basic understanding of every major module in the framework. 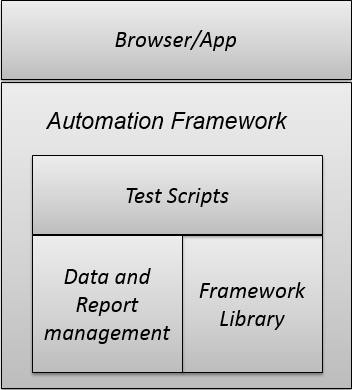 Propose an automation framework with five major modules as shown in the above diagram:

Next, we will discuss the advantages and disadvantages of several popular automated test framework types.

Description: Data-driven testing is a framework where test input and output values are read from data files, not from scripts.

Description: The test script modularity framework requires the creation of small, independent scripts that represent modules, sections, and functions of the application-under-test. These small scripts are then used in a hierarchical fashion to construct larger tests, realizing a particular test case.

4.The Keyword-Driven or Table-Driven Testing Framework

The best automation framework should combine all of the above frameworks’ benefits together.

Design Mobile Automation Framework according to above analysis results: 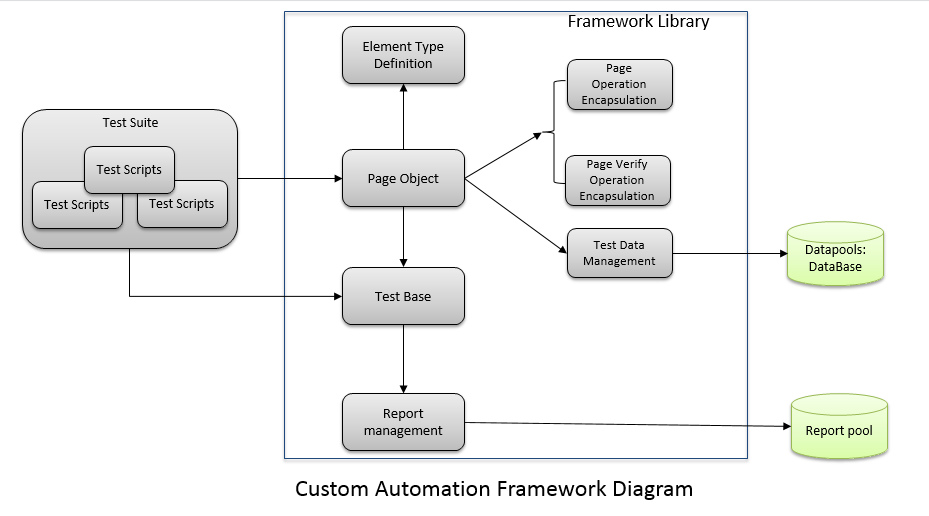 The Benefits of the custom automation framework diagram:

This is the first article of my blog series on the subject of the Automated Testing Framework for Mobile Testing, which introduced the major modules of an automation framework, analyzed several most popular frameworks and concluded the requirements for designing a proper testing automation framework.