Recently, my mother-in-law decided to abandon her desktop personal computer/cellular datacard, trading it in for an iPhone as her main vehicle to stay in touch with relatives and to surf the web. Her decision was reinforced by the end of 3rd quarter mobile smartphone sales with mobile research sites reporting how the huge growth in Android smartphone sales has now driven smartphones to represent over 40% of the total mobile market.  More significantly, Gartner stated that “In China, sales of mobile phones grew driven by sales of smartphones, while demand of feature phones remained weak. In mature markets, we finally saw replacement sales pick up with the launch of new devices in the quarter”. 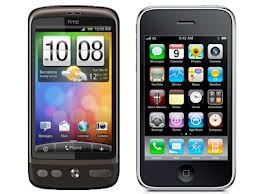 In other words, growth in smartphones has plateaued in developed countries with people replacing earlier smartphones and the real growth is in developing countries. This means that for most people in developing countries, their first exposure to a personal computer will be a smartphone and this trend will continue for a number of years as developing countries focus on building out cellular networks rather than the more expensive landline infrastructure common in developed countries.  For many of us, personal computing has been shaped by Microsoft Windows (Windows 3.0 was release in 1990) and access to the Internet by a desktop browser (Mosiac was released 1993) running on Windows.  However, in the 3rd quarter, Android smartphone shipments alone were 122 million while PCs mustered only 87.5 million units (a drop of 8.3%).  In the coming years, the smartphone will make further inroads into developing countries, replacing feature phones as cell networks become more robust.
That mobile reality is already here for a number of major web sites.  At a recent mobile summit, a manager at the UK’s Guardian newspaper stated that their website see mobile page views overtaking desktop views during various parts of the day.  This means that if you are creating a consumer-facing website, not only must you account for mobile, mobile-savvy UX designers and developers must be part of the core team from the beginning, rather than an afterthought once the main website has been rolled out.  Whether a firm’s mobile approach is a native app or a mobile-optimized website, the deliverable needs to rollout the same time as the spiffy new website. The Windows PC/desktop browser will not being going away anytime soon but as time goes by, it will increasingly become marginalized as smartphones running Android or iOS begin to redefine what a ‘personal computer’ means to users.