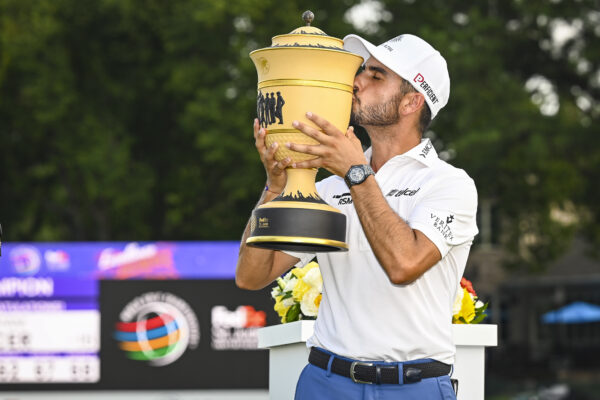 Hats Off to a Champion!

Ancer began the day in fourth at 14 under par and just four strokes behind the leader. No stranger to being in striking distance for a PGA Tour trophy, Ancer has notched four top five finishes so far this year, including a second place finish at the Wells Fargo Championship. The day unfolded in a wild, windy afternoon that saw competitors’ golf balls splash into ponds and out of bounds. Patient and resolute, Ancer kept his nerve and seized the opportunity to close the gap.

“Walking off 16 I couldn’t believe I was tied for the lead,” recalled Ancer. “I felt like I was maybe four strokes behind. You just don’t know what’s going to happen out there, man. It’s crazy.” 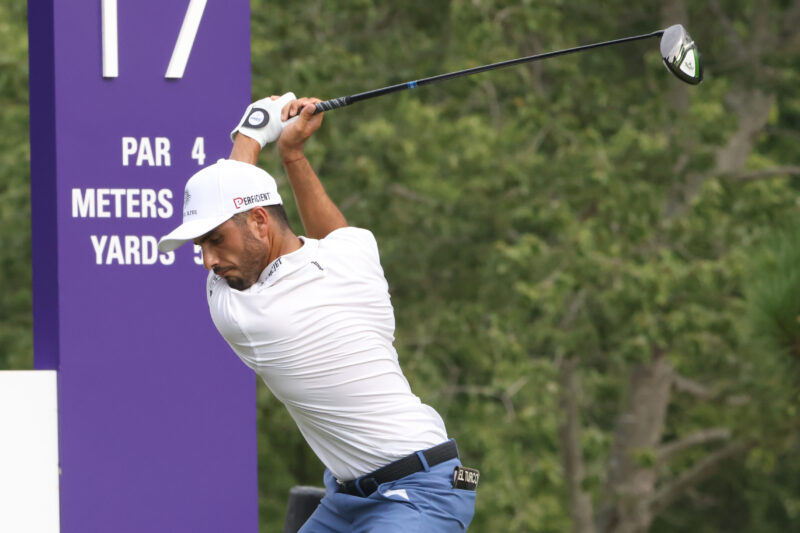 By the time the fourth round of regulation play had concluded, Ancer found himself in a three-way tie for first, igniting a play-off match where all contenders replay the 18th hole. All three players made par and returned to the 18th tee for a second play-off match round. On the second time around, Ancer made a favorable shot from the fairway that put him within a few mere feet of the pin alongside one of his competitors. Ancer ended up sinking his putt to win the cup. He finished the tournament 16 under.

Reflecting back on the drive to the cup, Ancer credited his win to a tried and true virtue in golf, saying “It was definitely a lot of patience…This is really surreal and definitely something I’ve been working towards since I was a little kid. This is a dream.”

Following his win, Ancer rises to sixth in the FedEx Cup and is ranked 11th in the world. He’s only the fourth player from Mexico to win on the PGA Tour and the second to do so in less than a year.

We’re so proud of Ancer’s accomplishments and to have him on Perficient’s team – because his success, like ours, is a testament to his grit, determination, focus, and talent. Join us in congratulating Abraham Ancer, PGA Tour Champion and proud Team Perficient ambassador, on LinkedIn, Twitter, Instagram, and Facebook.