Ensuring a Smooth Go-Live with a Cutover Plan 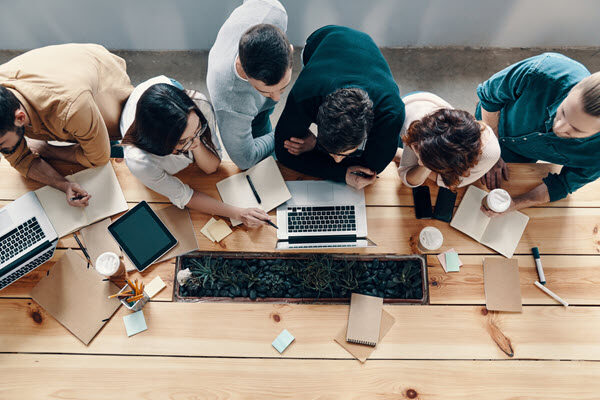 Project go-lives can be intense and take hours or even days. Following a detailed plan can streamline your go-live to help avoid a rollback and allow everyone to shut their computers as quickly as possible. Let’s discuss how to create a solid Cutover Plan to set yourself up for success.

Why a Cutover Plan?

First, the why. It is critical that the project manager creates the Cutover Plan (which could also go by several other aliases such as Go-Live, Release, or Launch Plan) collaboratively with the client stakeholders. Each client has a unique team structure, policies and procedures, and expertise. Because each client is unique, each go-live will be unique.

The team must discuss and document each step prior to go-live so that no one is surprised. The first step in creating your Cutover Plan is to set up a series of discussions with the client to talk through the known steps for launch and who will own each step. I almost think of these discussions as interviews with the client about their go-live processes and procedures.

Your plan will start to come together through these initial discussions, as more of the minor steps needed will be revealed during the discussions of the major steps. These discussions should begin during the final development sprint or at the start of UAT (User Acceptance Testing).

The Elements of a Cutover Plan

The Cutover Plan should be extremely detailed and should have numbered steps for the team to follow in order. Each step in the plan should, at minimum, contain the following information:

I will include every known/planned detail about the task in the comments section. Make sure to note if a task is a dependency or a blocker of another task. I include the time that the owner will perform the task (in all applicable time zones). There will often be tasks to send out emails during go-live, and the details section should include the list of recipients who will be included in that communication. There is no such thing as too much detail when it comes to go-live!

When go-live activities have begun and the first step of the plan is in progress, you should review the plan with the team each day (usually during the daily scrum) to look at what is currently being done and what is up next. The project manager can update the plan as the team moves through the steps, or the team can update their status themselves as they begin and complete their individual tasks.

Expect to make a few tweaks to your document as steps are completed. It is natural in an agile environment to make changes as new information becomes known.

The biggest key to a smooth go-live is preparation. You want to know as much as possible about what is ahead of you, and laying out detailed steps in sequential order in a Cutover Plan is one of the best ways to prepare. Leave no stone unturned and lead your team knowing that you’re ready!

Emily is a Front-End Developer turned Project Manager and started at Brainjocks, now Perficient, in 2013. She has her Bachelors of Science in Computer Engineering and minored in Technical Communication and Mathematics. Emily's passion is maintaining great relationships with both clients and co-workers.