The Few, the Proud, the Protected — Provisions in SCRA That Financial Institutions Must Be Aware Of 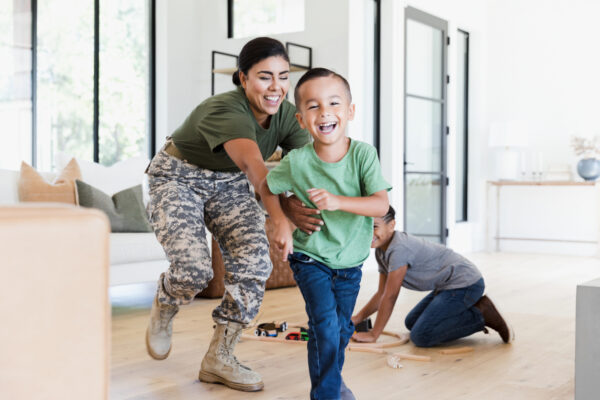 The SCRA offers protections for service members and their families in many different areas, ranging from mortgages to life insurance. The SCRA frequently makes certain rights available conditional upon whether one’s ability to meet certain obligations is “materially affected” by military service. Whether one is “materially affected” can mean different things in different situations. It is also important to note that SCRA protections can be requested by a designated Power of Attorney (PoA) during the covered person’s absence. In the absence of a PoA, the SCRA requires the court to appoint someone to represent the service member’s interests.

Reduced interest rates. The biggest headline for what financial institutions need to know is that when notified of their deployment in writing and requesting an interest rate reduction, creditors must reduce the interest rate to the lessor of 6% or the stated interest rate on the debt for any debts incurred before active duty. As the Federal Reserve increases rates, the impact and significance of this interest rate ceiling to servicemembers will rise along with it.  The reduced interest rate applies to credit card debts, car loans, business obligations, student loans and other debts, as well as fees, service charges, and renewal fees.

With a retroactive request, financial institutions must go back and recalculate the debt payments and refund the borrower’s money. The Department of Justice has pointed out many times that interest over 6 percent must be forgiven or foregone, and not deferred.

The effective date of change for the interest rate is significant. When a civilian joins the military service, financial institutions must adjust the rate effective the date of induction. With reservists, it’s the date of the call-up orders. A debt incurred during or after active duty is not generally covered by the SCRA.

The servicemember’s SCRA interest rate ceiling of 6% ends at the time they leave active duty (the active-duty termination date).  However, if the debt is a mortgage, the reduced rate extends for one year after active-military service.

Postponement of foreclosures. You weren’t going to have your bank foreclose on the house of a servicemember while he was away fighting for America, were you? Good, because the SCRA prohibits the sale, foreclosure, or seizure of property for nonpayment of a preservice mortgage up to nine months after the active-duty termination date.  This provision of the act supersedes state laws that frequently allow foreclosures to proceed without involving the courts.

Credit Reporting. Lenders are not permitted to make a negative notation on the requester’s credit report because they requested SCRA protection.

Protection for small-business owners. Financial institutions that lend to small business owners need to know that a borrower’s nonbusiness assets and military pay are protected from creditors while the servicemember is on active duty. This applies to business debts and obligations.

Termination of residential lease agreements. The SCRA allows lessees to terminate their residential lease, along with other types of leases, including agricultural, professional, and business, by delivering a written notice of termination. It does not matter whether the lessee entered a lease and then started military service, or if they entered a lease during military service and then received permanent change of station orders; the service member can cancel their lease.  It also applies when the lessee has orders to deploy with a military unit or as an individual in support of a military operation for no less than 90 days.

Life insurance coverage protection. Life insurance companies cannot terminate coverage or require payment of additional premiums to clients that are service members. Increases in premiums based on age in individual-term insurance are not covered by SCRA. An insurer also may not limit or restrict coverage for any activity required by military service.

Perficient’s financial services team is well-versed not just in the requirements but also in the technology and processes required to ensure financial institutions remain compliant with federal banking regulations.  Reach out to one of our regulatory experts today to learn more.