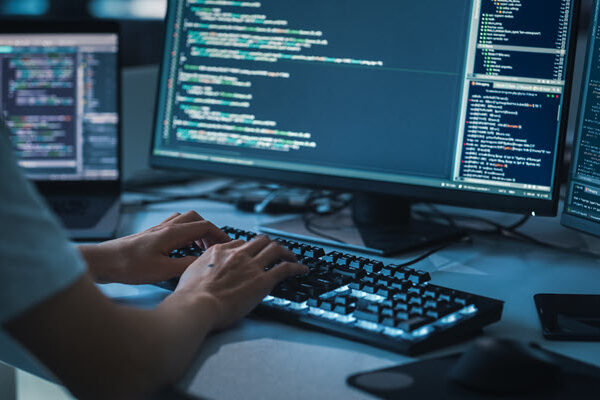 In this blog, we’ll examine the top Selenium automation techniques from beginning to end. One of the most successful projects for testing a web application is, by far, Selenium.

We must choose which test to automate before automating a test script. Virtually all test cases cannot be automated. Due to the abundance of test scenarios, achieving 100% test coverage is difficult. A risk-based plan will therefore aid in limiting automation to the most crucial business situations. Prior to automation, processes include choosing what to automate and developing an automation test strategy.

A short, descriptive name gives the test script’s purpose away clearly. It benefits the entire team to have a concise understanding of the feature being evaluated. The main objection is how an engineer can come up with a brief and relevant name. If the decision is between being brief and being descriptive, descriptive wins. The majority of engineers concur that code readability is crucial. Examples of short, descriptive names include:

Test One Scenario At A Time

A method in programming should only have one logical task. Although not required, it is advantageous for a number of reasons. The process of debugging our program is one of the causes. Debugging entails identifying and correcting errors in our code.

Because Thread.sleep() is not a dynamic wait statement, we must avoid using it. It waits for a predetermined period of time before pausing our test script. For instance, our test script would wait the whole 5 seconds if we hard-code Thread. sleep() to take 5 seconds but an element loads in only 2. This method is unreliable and ought to be avoided.

Take Screenshots For Every Failure

Taking a screenshot after a test fails is a great practice because it will save time determining why it failed.

Logs produce data on events that take place inside the AUT. The Test Results are measured and tracked through reports. The Log4j logging API is well-liked. It has log levels that our code can define. The log levels are, in order:

The following elements and advice can help you maximize Selenium Automation in addition to the recommended practices. They will support the smooth operation of our project:

A test framework: what is it?

Our Automation Test Scripts can be tested using a set of standards provided by a Test Framework. Regression testing, integrated testing, data-driven testing, and other types of testing are all possible. The objective is to make testing an AUT easier.

How is a Test Framework a Selenium Best Practice Tip?

Because it includes a set of assertion statements, a test framework like TestNG is a best practice recommendation. There are several advantages; however, an assertion statement confirms if our test was successful or unsuccessful. A Hard Assert, Soft Assert, or a combination of Hard and Soft Asserts can be used, depending on the situation.

• If there is a failure, Hard Assertions halt the execution of a Test Script.

• Soft Assertions carry on running a Test Script even after a failure.

Failure to sign into an application is an illustration of employing a hard assert. Because there is no point in attempting to run the remaining test, it is advisable to utilize a Hard Assertion. However, we can utilize a Soft Assertion if an application’s verification is not crucial. In order to receive every AssertionError and fail the Test Script, we must utilize a function named assertAll.

What is a design pattern?

In software development, a design pattern is a reusable solution that solves recurrent issues. There is a connection between classes, objects, and methods to carry out the solution. Our design pattern should use Object-Oriented Programming ideas to address those persistent issues.

How is a Design Pattern a Selenium Best Practice Tip?

The Design Pattern is a best practice recommendation due to its three advantages. It aids in lowering code reuse, enhancing readability, and fostering maintainability.

Code reuse occurs when we use the same code several times across a program.

Code readability and maintainability indicate how simple the code is to understand and how quickly changes can be made.

What does Continuous Integration and Deployment entail?

A procedure called Continuous Integration and Continuous Deployment (CI/CD) involves making frequent and trustworthy code updates to the main branch. The benefits include quick delivery and great quality. When there are few faults in the build, the quality is good. After making numerous code changes, clients receive their orders quickly.

How Does Continuous Integration/Deployment Apply to Selenium Best Practices?

Because it enables technical teams to concentrate on quality and fulfilling business goals, CI/CD is a best practice suggestion. Selenium Automation supports by adapting to rapid customer changes. Test Scripts can either start as a separate CI job or be included in the development CI process. The distinction between CI and CD is as follows:

We now know some of the essential  Best Practices for Selenium automation.

Thoughts on “Selenium Automation Best Practices & Tips You Must Know”

Mangesh Sonwane is an Associate Technical Consultant at Perficient in Nagpur GDC. He has an experience of 0.5+ years in Drupal Technology as a Tester. Apart from this passionate about learning new changes and expanding his knowledge in Drupal and Automation. He is very committed to his work and is always ready to face any challenging projects.