An Interview With Two Billionaires In 2042 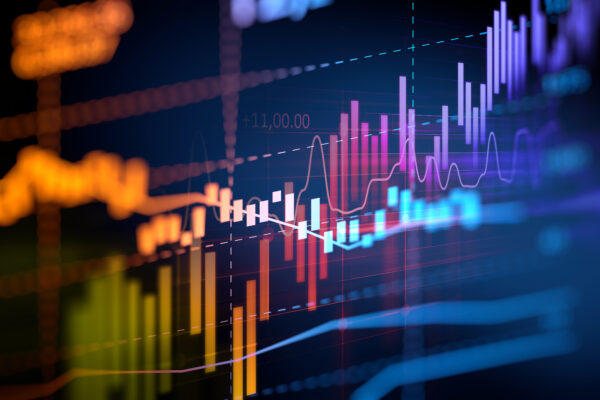 A metaphorical interview about the collapse of NFTs and what it possibly means for the future.

I.D Futchermann: Let’s start with you, Richard. How did you get started?

Richard Tan Yu: Well D, after graduating as a history major in 2021, I got a job at a bank. Early in my career, everyone thought they could get rich from buying and selling digital currencies — everyone was doing it.  The market was wild and mostly unregulated. I was skeptical, so having been a history major, I turned back to my textbooks for a lesson.

I.D.F: What pages did you turn to in your history textbook?

R.TY: Well, I turned to the pages covering the Dutch Tulip craze of the 1600s.  Tulips are fun to look at and do cost something to cultivate and harvest, but pretty flowers do not pay dividends.  The market kept going up on the theory that there would always be someone willing to pay more.  Eventually, the market tanked.

I.D.F: Well, when you graduated in 2021, the Dutch Tulip craze had ended over 300 years prior. Did you have any more recent examples?

R.TY: Well, in the waning days of the 20th Century, any company that had a “.com” had a stock pop that went through the roof.  However, that ended in the year 2000, with another bust following a boom cycle.

I.D.F.: Did you learn anything else from the “Dot.com implosion”?

R.TY: Well, while many companies went belly up, others did quite well.  To me, the companies that did best were those who invested and used the underlying technology to enhance the customer experience and streamline operations.

I.D.F: Can you give some examples of how they did that?

R.TY: Well, in the mid-90s, my local pizza parlor had its own website — salspizza.com.  All it showed was a picture of Sal, the owner, and the front door of the shop.  It didn’t show you the address, the hours the shop was open, it didn’t have a menu to show you the day’s menu.  You couldn’t place an order, pay for an order, or use software to track the delivery status of Sal’s deliveryman to my apartment.

I.D.F: What happened to Sal?

R.TY: He went out of business when a pizza shop down the street, which started with a similar view-only website, invested in the technology over the next decade or two that improved the customer experience to allow users to customize orders and specify if they wanted things like gluten-free dough (I don’t think gluten-free had been invented back in the mid-90s), pay online, and track my delivery.

I.D.F: Did that shop do anything else that Sal’s shop failed to do?

R.TY: Well, I couldn’t see it from the front end, but I heard the second shop used the ordering system to update the inventory on hand and then automatically order new items the shop was running low on, so they never missed future sales.  I must have gained 20 pounds during that timeframe.

I.D.F: Did you ever order pineapple on your pizza?

I.D.F: What happened to that pizza parlor?

R.TY: Well, I bought shares when they went public in the late 2020s after they had integrated their inventory ledger with the ledgers of their suppliers.  It was a distributed ledger technology that kept their chain of shops filled with the supplies needed to make delicious mouth-watering pizza.  The shares I bought made me millions.

I.D.F: That’s very interesting, Richard Tan Yu. You’re known for your leadership of large money center financial firms. Were you ever able to leverage the knowledge gained from your pizza experiences to finance?

R.TY: When I saw that pizza firms were able to integrate their order, inventory management, and external vendors using a private blockchain, I had the financial firm I worked for at the time begin to do the same thing with both loan documents and legal documents covering derivatives.

I.D.F: Tell me about the latter example first, please.

R.TY: Well, several years prior I was responsible for getting new legal documents required to meet a then-new federal regulation.  Each document would have to go through multiple drafts, require multiple signoffs, and then be scanned and emailed back and forth.  The new private blockchain allowed us to get signed documents immediately and for all necessary parties, custodians, sub-custodians, etc. to see them immediately and be able to act on them post haste.  It was a significant time saver, and the process was much less subject to human error.

I.D.F: Fascinating. Now people have done loans for millennia. What happened with loans at that time that changed the course of banking history?

R.TY: Large banks would always make large loans to large corporations. Not wanting to have a concentration of credit to just one borrower, banks would participate out, or sell, parts of each loan to other banks. Often, the same document would be called different things by different lenders and much confusion and duplicate requests for documents would ensue.  Very inefficient.  When I had my firm join the private blockchain so all parties could see, access, and verify the same documents around the world simultaneously, that helped my firm get a bigger market share in loans.  When I then had the same distributed ledger feed my financial firm’s cash, loan, risk, and reporting systems, my firm became much more efficient and profitable.

I.D.F: Thank you, Richard. In our next interview, we’ll be hearing about how I.B Sellerman helped his company outsell every other member of the Fortune 500.

Look out for my next blog, where I. D. Futchermann interviews international commerce maven, I.B. Sellerman.