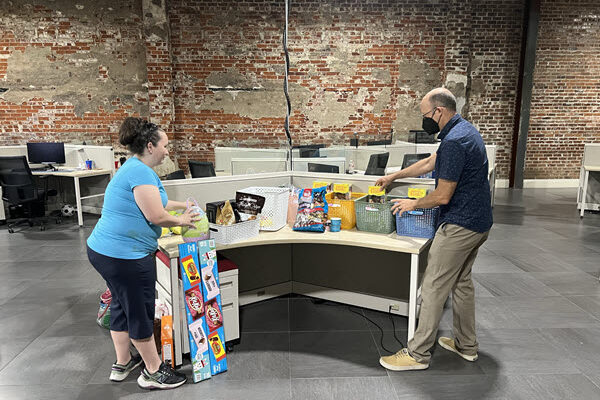 My family experienced a terrible tragedy on the morning of Friday, April 8. The incredible outpouring of support from my Perficient colleagues helped to lift us back up, so much so, that I felt compelled to share our story.

The following excerpt is my first-hand account of the tragic events that we shared via a GoFundMe started with the support of my Perficient team. 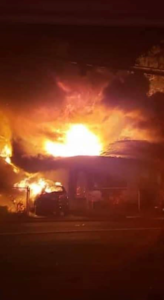 I don’t really know how to write this. It’s the kind of thing, I guess, that you hope to never have to write. My family is in need. On Friday, April 8, at around 5 a.m., my nine-year-old son Ulfric woke up. He woke up his older brother, Marcus, and asked him why there was so much smoke in the house. Marcus got up, looked around, and said he heard “burning sounds.” He opened the front door and saw the garage was on fire. He came to our bedroom and woke me up, “Dad, there’s fire on the house.” I got up and walked into the kitchen to see smoke everywhere.

I was screaming through the fire for her to go out of the back door. I could feel myself starting to cook, and I ran to the front door, feeling at that moment I had to either run or die. I made it out to the yard, still screaming behind me for her to go out the back, and as I made it into the yard where the kids were waiting, they started screaming it too. I was hysterical with relief when I saw her come around the side of the house. We managed to grab her phone, so we called 911.

We were still standing there in the front yard when I heard loud electrical noises. We looked up to see the power line to the house starting to snap and come down. As we started to back up, that was when we realized the car was on fire. We grabbed the kids and ran to the lot next door, and that’s where we watched the car explode, all the windows blow out, and everything we own go up in flames.

The paramedics arrived. The police arrived. The firefighters arrived… everything was noise and fire. The kids were standing in the lot in their underwear, the only thing they escaped with, and were shivering. Police officers sat them in a cruiser to warm up. The paramedics checked us all out and everybody was fine. I was the only one that was burned, and for that, I am grateful. We were transported to the hospital in a daze, thinking “Surely that didn’t just happen to us.” This is the kind of thing you read about happening to other people, you never think of yourself being in that situation. 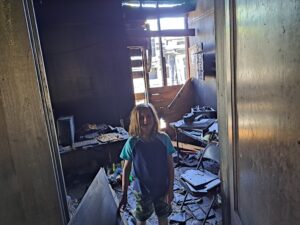 Reality Beginning to Set In

There is a lot to process. From realizing we had no shoes, to realizing we had no toothbrushes, little by little, it’s sinking in that everything is gone. We are asking for help in getting a new place, in getting a new car, in just getting the day-to-day things that are needed for life. Anything you can contribute will help, and if you can’t contribute, that’s fine too. I know that these are difficult times for everyone.

The time between when we woke up and when the roof collapsed was about two minutes. We were a hair’s breadth away from never waking up. Take care, and cherish the things you have and the people in your life.

At the time, I was dazed. The enormity of what happened was still crashing down on me in waves. I borrowed my wife’s phone, the only thing we were able to rescue from the fire, and began firing off emails to let my director know and a few of my colleagues. 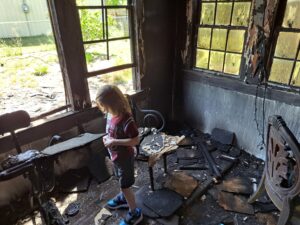 I couldn’t work, my laptop was destroyed. Even if I had my laptop, I wouldn’t have been able to work because I used my phone for MFA, but my phone was destroyed in the fire. At that point, I was prepared to figure it out – just grind forward and, paycheck by paycheck, rebuild our life. Perficient, it seemed, had other ideas.

Our Lafayette office, where I report for work, pushed me to make an Amazon list of everything we needed and to make a GoFundMe. They were more than eager to help. Initially, I was unwilling, but I went along with it, more to appease them than anything else because, at the time, all I really wanted to do was curl up into a corner and hide. 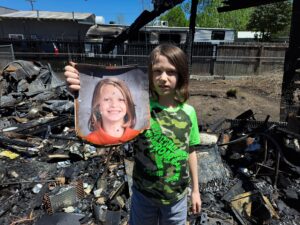 In only forty minutes, everything we owned was destroyed. In a world where these things happen all the time, I wondered “Why would anyone care?” Most people, especially most corporations, have their own problems. Though they can spare sympathy, they’re not usually able to spare anything more than that. Looking at this situation as we slept in a family member’s borrowed bed, these were my thoughts as I tried to figure out how to begin putting our lives back together. I soon learned how wrong I was to think these things.

I tried to arrange using my paid time off while I waited for a new work laptop to arrive, but I was instead told I was ridiculous and to file my time under “Catastrophic Event.” I apologized to my team for not being present and they all thought I was being absurd. “Take the time you need with your family, and come back when you’re ready,” they said. I was grateful, yet dazed even further – I’ve never seen such a response from a corporation – but still, very grateful.

Soon after, the Easter baskets arrived with candy, toys, colors for the children, and even some for my wife and I. Then the amazon packages started arriving: towels, cups, plates, cutlery, and toys for the kids, and it continued on and on. Before I knew it, we had a great little start to what would be a new home, all wrapped in boxes and bags, and even this, wasn’t the end of their generosity. 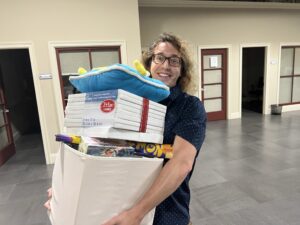 The GoFundMe was shared with Perficient teams in numerous ways, and the response from colleagues around the world was so strong. So strong, that despite the numbness we encountered from our loss, we were brought to tears multiple times by the outpouring of support we experienced. Every corner of the company truly became involved. Names I’ve only seen in emails showed up as donors, all while my colleagues in Lafayette were encouraging us to raise our end goal. It would be met in a sheer matter of hours, and we were to raise it again.

In the end, we were astonished by the number of colleagues, both from current and previous engagements and simply from the company itself, that came to lift us back up. I wish I could think of anything better than “thank you” to say as a response, but words cannot suffice. We were destitute, and Perficient lifted us back up. 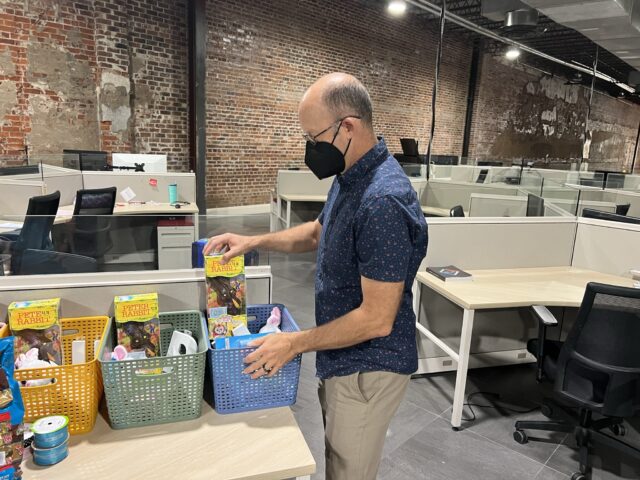 I’ve never felt at home in a company. In my professional life, I’ve worked for many, and I’ve seen people and organizations rise and fall. I knew that a job was a job, and would simply only be that.

That is no longer the case. Perficient, not the name, but the people who make up that name, saw our struggle. They reached out. They wanted to help. They helped in every possible way I could’ve ever imagined. With that, they lifted us back onto our feet.

I feel at home in Perficient.

This is my home.

I am a CDDO Technical Consultant and have a background in Azure DevOps and NSX with Hashicorp Terraform, with a special interest in cybersecurity and automation. I am a father of four children and live in South Louisiana, operating out of the Lafayette Delivery Center.