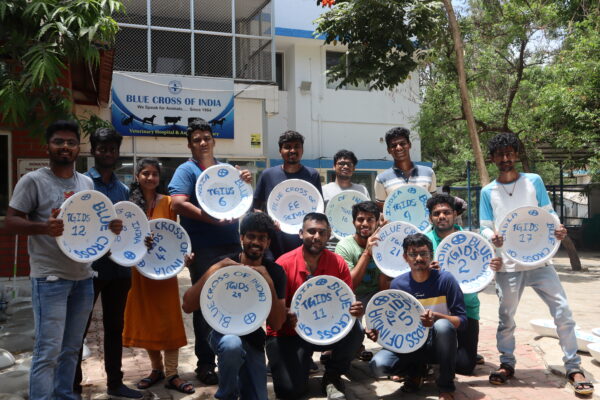 Nestled away in a quiet neighborhood of the bustling Chennai metropolis, you’re greeted by the sight of a modest board next to a neat alley proclaiming in a cheerful tone – “Blue Cross of India – Madras.”

Proceeding in, the colorful murals stand out on the walls of the shelter, with a large gate in the familiar blue of the famous shelter. Visitors to the campus are immediately welcomed by a half dozen friendly shelter dogs, tails wagging as they bark hopefully for treats.

Blue Cross of India, or BCI, can trace its roots back to 1959 as India’s oldest animal shelter, and has been a pioneer of animal welfare for the country. Among its proud accomplishments is the platinum award for transparency, the sending of international disaster relief teams during emergencies, and the ground-breaking introduction of the animal birth control and anti-rabies program in 1966, which has since then been adopted by the WHO and the UN.
It was here on a lazy summer weekend that nearly two dozen Perficient colleagues from the Giving ERG found themselves in for a rollercoaster of work as they cleaned, weeded plants, and painted bowls, among other activities.
All to pitch in for the biggest event of the year in animal welfare – The Great Indian Dog Show!

Paws for a Cause 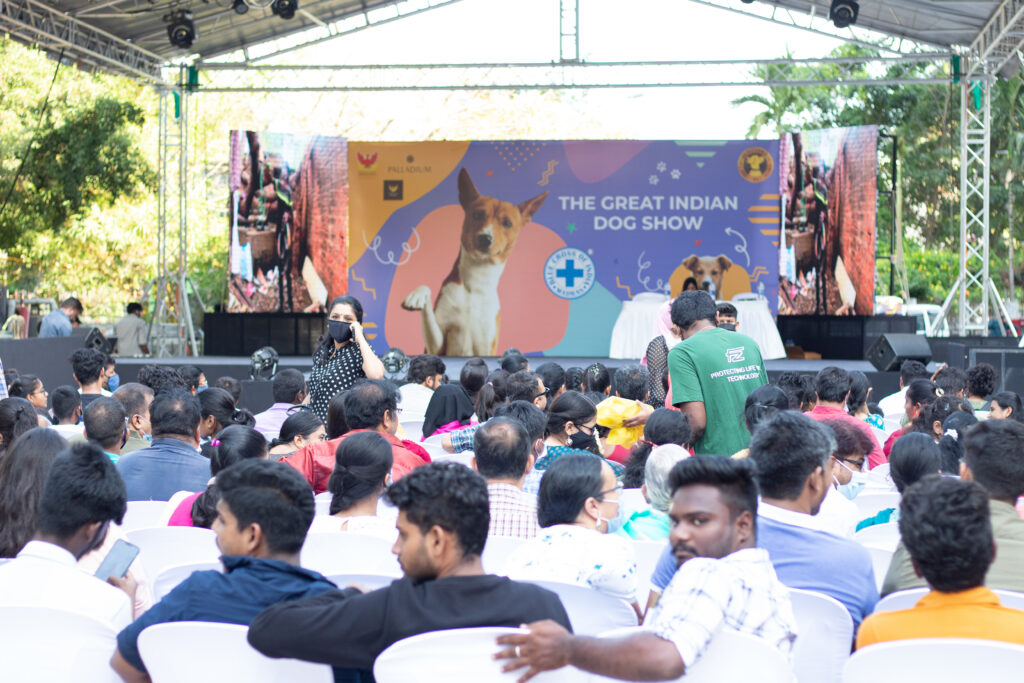 Blue Cross of India has conducted The Great Indian dog show, or TGIDS, every year until the pandemic prevented the same. The show celebrates Indie dogs and how they can be as good of a pet as purebred dogs. The highlight involves a ramp walk of the dog with their owner, and their story being told of how they were rescued. Prizes are given at the end of the show, among them awards such as best dressed dog, the best rescue story, and more zanier ones like waggiest tail, the greatest number of licks given, and the dog that resembles their owner the most!

“Indian dogs have the bark of a German shepherd, the speed of a greyhound, the intelligence of a poodle, and the spots of a Dalmatian. They’re well suited to our climate and our terrain, and the best for India. They’re not sold, they’re not bought- they’re adopted.” – Dawn Williams, GM Rescues

With the restrictions being lifted, it was decided to get our four-legged friends back on the catwalk!

Parallel to The Great Indian Dog Show, an adoption event would be held to help abandoned pups and kittens find their forever homes, and to help promote BCI’s waterbowl project.

“We have a lot of abandoned puppies and kittens found by concerned citizens who bring them in. Many of them are simply abandoned on the streets in boxes, or their mother has gone missing. We try to get them adopted, and help new pet parents out with starter kits and guidance.”

The Water Bowl project, started a decade ago, was a simple yet brilliant initiative to help animals deal with the harsh summers of India. Concrete bowls were made and placed on street corners, filled daily with fresh water for animals to drink from. The concrete nature helped keep the water cool, and its weight meant that it could not be tipped over, or removed easily.

“We started this initiative after we kept having cases of dehydrated animals being brought in, especially during the summer. We’ve found this program has helped reduce these cases drastically.”

After the day’s event, we bought a bowl of our own, which now rests proudly in front of Perficient Towers and is filled with sparkling clean water daily, visited regularly by grateful birds and dogs.

Giving Back While Sneaking in Pets

Perficient colleagues were joined by volunteers from all walks of life as things were underway to prep for the event. Cages were dusted off and given a new coat of paint, merchandise was accounted for, and bowls were prepared. Puppies and kittens were given baths, combed and fussed over as they were prepped like divas for the adoption drive.
Beyond the event work, however, Perficient volunteers pitched in with the shelter work as well.

“Volunteers help bridge the gap between the shelter attenders and animals. We  provide food and treatment for the animals. It’s the volunteers who step in and give them the love and attention they deserve to get them back on the path to rehabilitation” – Velu TM, Special Operations Manager

Perficient Colleagues cleaned different sections, mixed feed for cattle and nursed new-born pups. The cat section where medicinal plants were grown was removed of weeds, and the bedding was changed for guinea pigs and rabbits. All in all, a pretty good day’s work!

The day of the event dawned brightly. With close to 150 registrations, we had a day ahead of stories that shocked, awed, and warmed our hearts as pet parents brought in their dogs and talked about how they became part of their family through the most unbelievable circumstances. The Blue Cross of India logo flew proudly from every stall, even as we pitched in to make sure everything kept flowing smoothly. With a moving crowd of close to 3000+ visitors, volunteers had to be on their toes on all times.

As the day wound down, the crowd became louder and louder with every contestant and their incredible stories. The event was a huge success, as loud cheers were given for every proud dog, and even prouder pet parents.

The highlight of the event: nearly 80 puppies and 10 kittens found their forever homes – hopefully joining in for next year’s event!

Overall, it was a fantastic event, one that the volunteers from the Giving ERG can look back and say, “Yup, we helped do that.”

Interested in learning more about the Blue Cross of India? 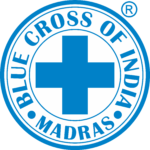 BCI’s mission is to be the voice for the voiceless, and lead the fight for animal welfare.

You can read more about BCI and support them here.

Thoughts on “Perficient’s Chennai Colleagues Help Out with The Great Indian Dog Show!”

Vishnu Aditya is a bright-eyed and bushy-tailed graduate fresh out of business school with a dual specialization in Human Resources & Marketing. Passionate about engaging with people and making a difference, he started his career in Human resources and looks forward to his growth at Perficient. He is affiliated with over five different NGOs in Disaster Management, Animal welfare, Environmentalism, Children’s Welfare, and LGBTQIA rights. He believes in giving back to the community in whichever way possible.