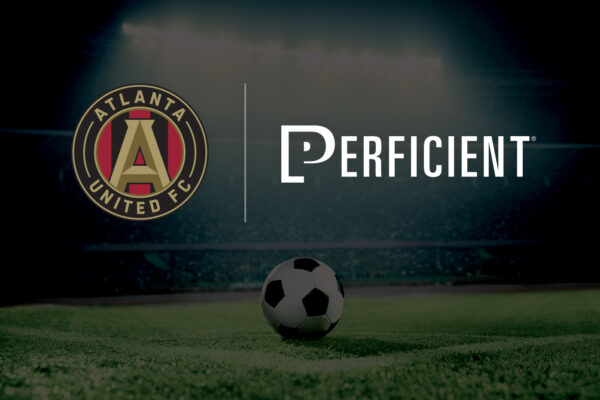 Following the recent announcement of Perficient’s partnership with Atlanta United Major League Soccer (MLS) team, I sat down with Bill Davis, vice president of marketing at Perficient, to learn more about the new partnership. Here’s a snippet of our conversation, where we discuss the partnership in more detail and why he’s excited about it.

Hi, Bill. Professional soccer is an exciting new venture for Perficient. Could you talk about what’s going on here? 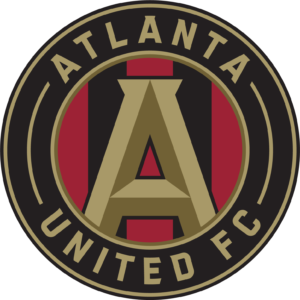 Hey, Connor. Thanks for the interest. We’re thrilled to announce that we are partnering with Atlanta United. The team joined MLS in the 2017 season, and there’s been impressive enthusiasm surrounding the team ever since. In fact, Atlanta United won the MLS Cup in 2018 – their second season. The club plays in the Mercedes-Benz Stadium and has set multiple league records with ticket sales and attendance in the few years since their debut.

On the Perficient side of things, Atlanta is a thriving business market, rich with Fortune 1000 enterprises digitally transforming to deliver innovative and amazing customer experience. Perficient has had a strong presence in the area for years, working with several of Atlanta’s largest and most recognizable companies to thrive. In Atlanta United, we saw a team well-regarded for their performance on the field and their intense focus on customer experience. Beyond the stadium, they’re also deeply committed to giving back to the Atlanta region, a value both of our teams share.

We saw a partnership with the Atlanta United as the perfect opportunity to engage the local community to further expand our brand.

Perficient has a growing group of sports marketing partnerships. What’s unique about our partnership with Atlanta United?

That’s right. We have several partnerships with notable teams across the athletics world, each offering their own special branding and engagement opportunities. With Atlanta United, fans who attend games in-person and watch elsewhere will see a variety of branding elements throughout the stadium, including the “Mega Column,” a massive 101-foot-tall video display screen. 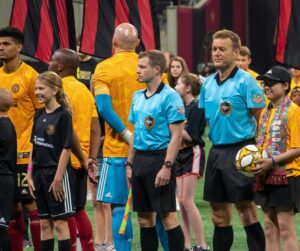 We’re really excited to be the presenting sponsor of the “Coin Toss Kid” at the beginning of each home match. Prior to each game, one lucky fan will join the team captains on the pitch and deliver the official game coin to the match officials for the coin toss. This will be a once-in-a-lifetime experience for young soccer fans to immerse themselves in the MLS soccer experience, complete with on-field access for the entire match and a chance to high-five players as they enter and exit the field.

Another unique element of our partnership will bring Perficient into the rapidly growing world of eSports, or electronic sports, which is a form of competition using video games. The Atlanta United eMLS pro gaming player faces off against other eMLS pros playing the FIFA video game series.

It’s essentially the virtual version of MLS. As part of our partnership, Perficient is now the presenting sponsor of the Atlanta United eMLS player.

Each eMLS season consists of a variety of matches, culminating in the eMLS Cup tournament. These competitions are intense spectacles with high-energy fanfare broadcast to millions of international fans across platforms like YouTube, Twitch, and Twitter. Fans and viewers will see Perficient branding on the official Atlanta United player apparel, in addition to digital logo placement during streams and video content whenever Atlanta United competes.

eSports? That’s a new sponsorship arena for Perficient. Could you talk more about that aspect?

It is, and it’s something that we’re seeing unfold in in real time right now. Atlanta United’s eMLS player, Brazilian-based Paulo Neto, signed with the team in 2018 and has come within striking distance of winning the tournament each year since. He competed in the 2022 eMLS Cup tournament just last month, entering the tournament a fifth seed overall, and powered through the competition match after match. 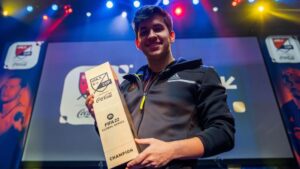 Paulo led Atlanta United all the way to the final match against D.C. United – and won – marking the second time Atlanta United has won the eMLS Cup since their founding.

Outside of the eMLS league, Perficient has a growing presence across Latin America and a strong partnership with Brazilian-based fighting robot building team RioBotz and their bot, Minotaur. With both RioBotz and Paulo hailing from Brazil, we see potential for some really interesting client engagements bringing the two together.

READ MORE: Catch up on Minotaur’s performance in the 2022 BattleBots season

Speaking of client engagements, what might the Atlanta United partnership mean for some key Perficient clients?

We of course encourage everyone affiliated with Perficient to root the team on, both on the field and virtually, but there are some experiential aspects in the agreements that we’re pretty excited about. We’ll have tickets to each game during the MLS season and access to a hospitality suite at Mercedes-Benz Stadium, complete with first-class amenities, personal service, and premium seating. We’re really looking forward to hosting our Fortune 1000 executives to the impressive Atlanta United fan experience.

This is all so great. I can’t wait to see this innovative and exciting partnership come to life. Thanks again for the time today.

Thank you! Both Atlanta United and Perficient are committed to delivering excellence at every interaction, and we’re looking forward to a mutually valuable partnership for years to come.