ServiceNow Discovery and the Role of MID Server 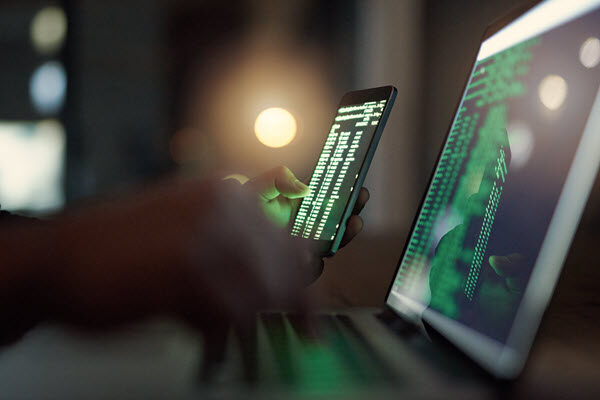 Discovery in ServiceNow is an application that allows an enterprise to determine the devices in its internal network or resources in its public cloud and the applications running on them. This is accomplished with the help of an intermediary called a MID server, which is responsible for the communication between the two systems. The data that has been found by discovery is then entered inside the Configuration Management Database (CMDB), which stores the information about the IT infrastructure of an enterprise.

There are two types of discovery techniques:

The relationships created can be viewed through the dependency viewer in ServiceNow as depicted below:

The above dependency map has been formed after performing a cloud discovery on an AWS account containing a Windows Server.

Why Use Discovery in ServiceNow?

Any organization that maintains a CMDB wants the data within it to be as accurate as possible and updated at regular intervals, as this data is instrumental in making important decisions. Discovery should be used to populate the CMDB because it assures periodic updates in the CMDB and requires no human intervention once configured properly. Especially, with organizations using cloud environments, automation of processes to keep track of the IT resources could become exhausting, and discovery solves that problem.

Organizations have been using other data sources for maintaining their CMDBs, but the risks associated with these data sources are inconsistent data, manual intervention, and additional costs for maintaining the overall functioning of the system. Discovery solves all of these problems and maintains the data integrity of the CMDB by running at regular intervals, as required by the organization, without human intervention. It also updates the database with accurate information about the devices and applications in the organization’s internal network or cloud environment.

As an organization expands, its IT infrastructure would also continue to grow. With increased cloud platform adoption, the maintenance of these resources with conventional methods would only become more tedious and prone to errors. This is why I recommend using ServiceNow discovery. Before you consider implementing discovery, you should have a clear understanding of your organization’s goals and a rough idea about the size of the network.

What is a MID Server?

A Management, Instrumentation, and Discovery Server also known as a MID server is a Java application that runs as a Windows service or UNIX daemon on a server in your local network. It is responsible for allowing the communication between the ServiceNow instance and external systems.

Why Use a MID Server?

ServiceNow has several applications like service mapping, discovery, operational intelligence, etc. that need to interact with external systems, but that cannot happen directly, so that’s where a MID server comes into the picture. Configuration of the MID server is an important aspect in implementing an effective discovery. A MID server is installed in the client’s internal network, which allows it to have access to the client’s IT infrastructure, thereby providing the required information for discovery. The below image depicts the whole configuration: 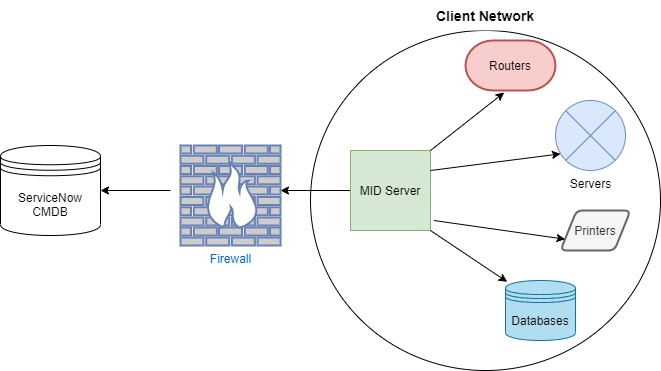 So, to sum it up, it is most likely that moving forward, companies will have a rapidly growing IT infrastructure, and to keep track of all the applications and devices in their networks manually, would be quite difficult. Therefore, using ServiceNow discovery would be an effective solution.

We excel with ServiceNow’s IT Service Management (ITSM) capabilities. ITSM refers to all the activities involved in designing, developing, deploying, supporting, and managing the life cycle of IT services. We can help customers and prospects consolidate to a single, modern cloud IT solution using the Now Platform and IT service and operations workflows to increase IT productivity, predict and prevent issues, and deliver compelling service experiences.

We have ServiceNow certified Implementation Specialists in IT Service Management, Customer Service Management, Human Resources, CMDB, Discovery, and App Engine and Administration. We can holistically assess and address a broad range of workflow integration projects with the ability to deliver success from concept to launch and beyond.

Aman works at Perficient in Intern Consulting and is doing his specialization in ServiceNow. He is passionate about exploring new technologies and learning new things to keep himself productive.