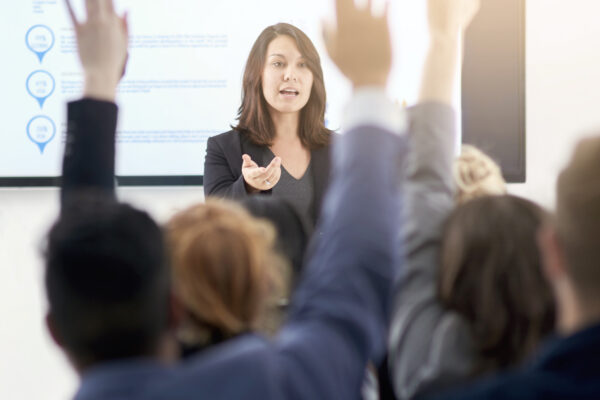 Shelley Ives, a Senior Solutions Architect at Perficient, and Kirsten Lemke, a Payments Specialist at Kyriba, spoke about why it’s important to consider the corporate treasury when migrating to a cloud ERP during the ERP Migrations: An Opportunity for Corporate Treasury webinar. Below are some of the key questions they answered during the Q&A portion of their discussion. To view the entire webinar click here.

In your experience, what is the average length of time to set up a bank?

I also had one customer that was migrating to the cloud, where we set up three new payment formats and connectivity for testing in six weeks. That timing did not include the end-to-end UAT testing time, just setups and smoke testing connectivity.

I was talking to another potential client who was telling me that it took her company eight months to setup payment functionality at an international banking location.

So you see, there are many factors that go into that average time to setup a bank.

Is fraud detection included in the Kyriba Payments module?

[Kyriba] No, Kyriba is modular. So you can pick and choose the components that you want. We have a separate fraud module that bolts onto our Payments module.  Kyriba is the only treasury management system that has a fraud module.

Can you add a TMS after your ERP project is complete?

[Perficient] Absolutely! The reason we bring up the treasury management solution in this context is so that, as a treasury team, you understand that you have options during your ERP project. It allows you to bypass those costly developments and go straight into testing with the banks.

If you’re an organization that wants to maintain flexibility for adding banks, bank accounts, connectivity, different ERPs for acquisition projects, or even just be nimble enough to migrate a banking relationship at will, this is definitely something that should be considered even after your ERP project is complete. Additionally, it’s the fraud protections that cause some organizations to move their payment files to a payment factory or payment hub after an initial ERP implementation.

In a scenario where you have both ERP and Kyriba, but you’ve not implemented banking communications with both, where do you start? From the TMS or ERP?

If you added TMS during your ERP project, how would that impact delivery and rollout?

[Perficient] If you add a treasury management solution during your ERP project, you can cut out the development cost and time for the connectivity to your ERP and banks. If you’re automating the full solution and integrating that for automation, it’s these steps are required anyway.

Instead of paying for the development and that taking additional time working through your ERP resources, put Kyriba in the middle. Kyriba provides the connectivity solutions. Kyriba has the payment formats. You’re getting to test with the banks a lot faster. And instead of a cost and a time factor, which is already included in your ERP project as mentioned previously, you’re replacing that development budget and getting far more value added through the additional add-on features to the project with the TMS.

Is the fraud detection or prevention tool part of the TMS or the ERP system?

[Kyriba] It’s part of the treasury management system and it’s a bolt on. And what’s nice, especially if you have multiple ERPs, is that then you just have one fraud solution that everything must process through.

Check out the Insights section of Perficient.com for more thought leadership from our experts.

Courtney Gardner is a Marketing Coordinator at Perficient.