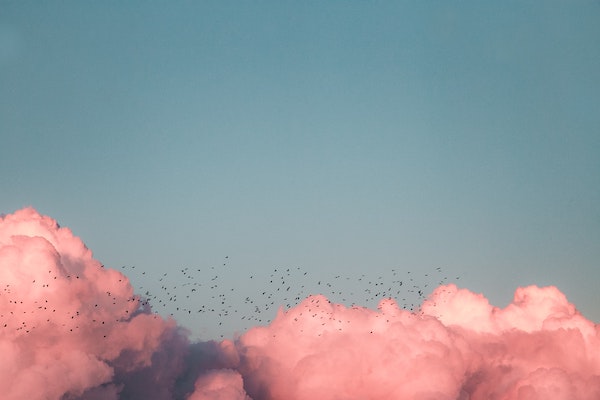 Migration from one code management system to another is a non-trivial exercise.  Most of the time the team wishes to maintain code history, branch structure, team permissions, and integrations. This blog post investigates one such migration from Bitbucket to GitHub for a large health maintenance organization.

The migration of several thousand repositories presented a significant challenge. Beyond the logistics of coordination, it was also required that the DevOps team meet the tight timeframe around license renewal. To avoid this additional expense, teams were required to migrate not just the code base, but all of the associated meta-data (e.g., branch history, user permissions, tool integrations, etc.). In the approach detailed below we extensively leveraged CloudBees Jenkins™ workflows, Red Hat Ansible™ playbooks, and Python™ scripting to perform much of the required setup and migration work.

As shown in Figure 1, the migration effort involved creating a Jenkins migration workflow driven by user-provided information to define the Bitbucket source project, the GitHub target project, team ownership information, repository information, and additional integration requirements.  This migration information was stored into a new file added at the root of the source tree (‘app-info.yml’).  This approach facilitates future automation integration and provides a simple way to track application metadata within the code base itself. 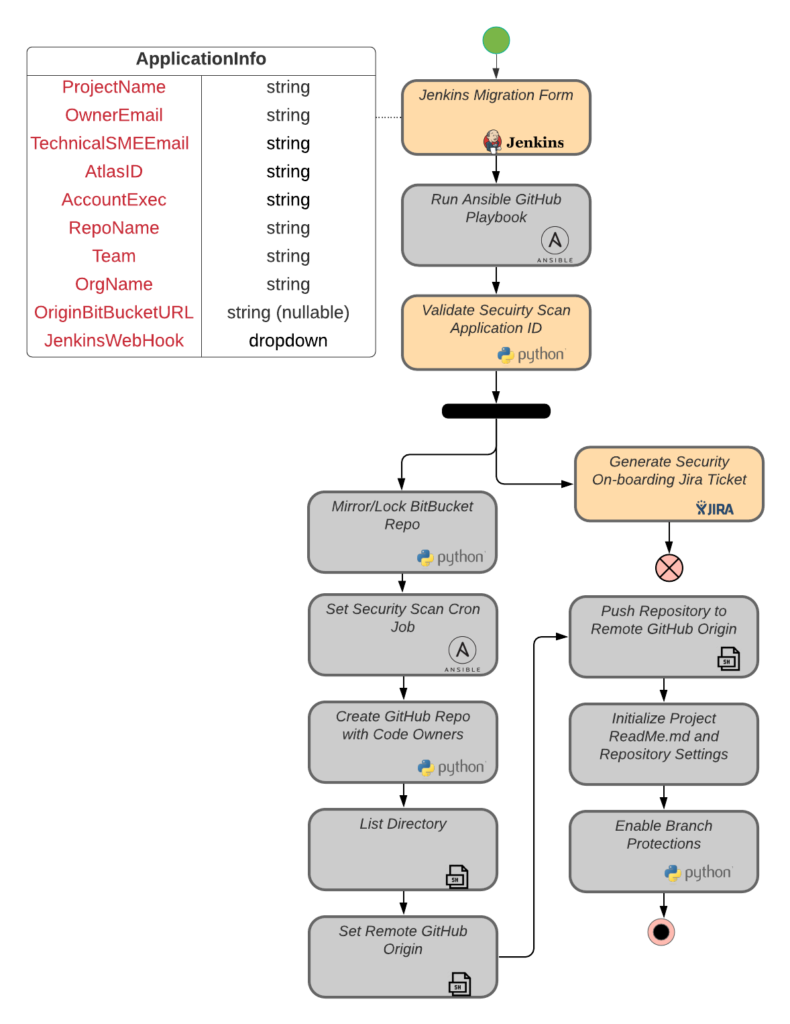 While technically the most straightforward migration operation was to clone the code into the new repository, this required significant manual modifications to several key automation files maintained at the root of the project folder structure.  For example, the pre-existing Jenkins configuration (‘Jenkinsfile’) was updated post migration to point to the correct shared library project; these had been previously migrated to GitHub from Bitbucket. Unfortunately, given that each development team used a specific library version this step was a manual rather than automated onboarding activity.

The organization had established a set of consistent branch management rules for source control trees.  For example, the policy requires that a pull-request be approved by at least one reviewer prior to code merges for the ‘master’, ‘release’, and ‘develop’ branches within the repository.  These rules were encoded within the migration Python scripts and pulled from the Ansible playbook during GitHub project creation.

Automated CI/CD processes often require the use of service accounts and shared-secret access keys  to function properly. During the GitHub migration it was critically important to maintain these access keys to prevent improper exposure to logs, notifications, or any other insecure reporting.  The GitHub migration team used the Ansible vault feature and Groovy scripts to update built-in Jenkins credential management  to ensure that project specific secrets/accounts/keys were securely transferred to the newly created GitHub linked jobs during the migration process.

The GitHub Jenkins integration was built as a separate job to create the GitHub ‘team’. This included configuration of the team with a proper name, administration users, and match in the Jenkins build folder. For each repository we also set a Jenkins “web-hook” to ensure the proper Jenkins master is used to run each CI/CD pipeline.

As a part of code quality control, SonarQube code scanning is tied to a defined repository and required as part of the Jenkins CI/CD workflow.  The scan results are reported to a separate GitHub tab which needed to be matched up with the project team.  In this way, the newly created GitHub project could directly report to developers the results of the automated code quality analysis.

The DevOps enablement team was required to meet a very tight deadline of four months to complete the full migration from Bitbucket to GitHub and avoid the expense of license renewals.  Given the scope of the challenge, the only viable solution was to automate as much of the migration as possible.  Where manual intervention was required, the DevOps team clearly communicated a checklist of activities to the affected teams for both pre- and post-migration changes.  Using the combined tool set of scripted Jenkins jobs, Ansible playbooks, and Python scripting, the DevOps team successfully completed all migrations and modifications to all code bases several weeks prior to the deadline. The organization’s information technology team has reported that all teams are active on GitHub and the Bitbucket repositories have been archived.