DevOps, CI/CD Pipelines and Agile: What Unites Them? 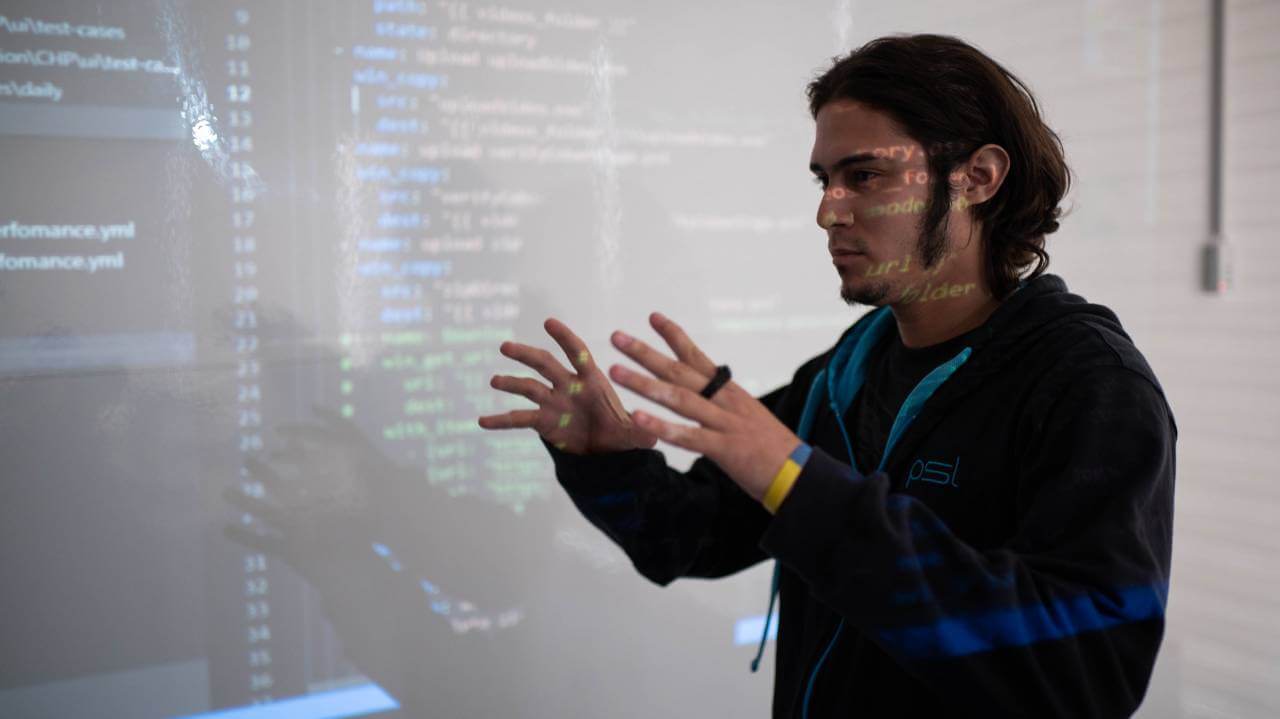 Global demand for excellence has always driven the software development industry’s evolution. Over time, the emergence of Waterfall, Agile, and DevOps methodologies is evidence of this, as development companies constantly adapt their delivery methods to satiate the market.

Right now, the industry is predominantly Agile, but DevOps is catching up fast and becoming the methodology of choice for a lot of companies as they look for ways to speed up the software development process and improve its business outcomes.

Growing DevOps adoption has cleared a path for best practices in software development and delivery methods to enhance the process even further, namely continuous integration, continuous delivery, and continuous deployment.

So, how can companies tell the difference between Devops vs agile and CI/CD, and what does it take to get from one to the other? In this article, we’ll attempt to answer these questions, and more.

How Did Agile Emerge in the First Place? 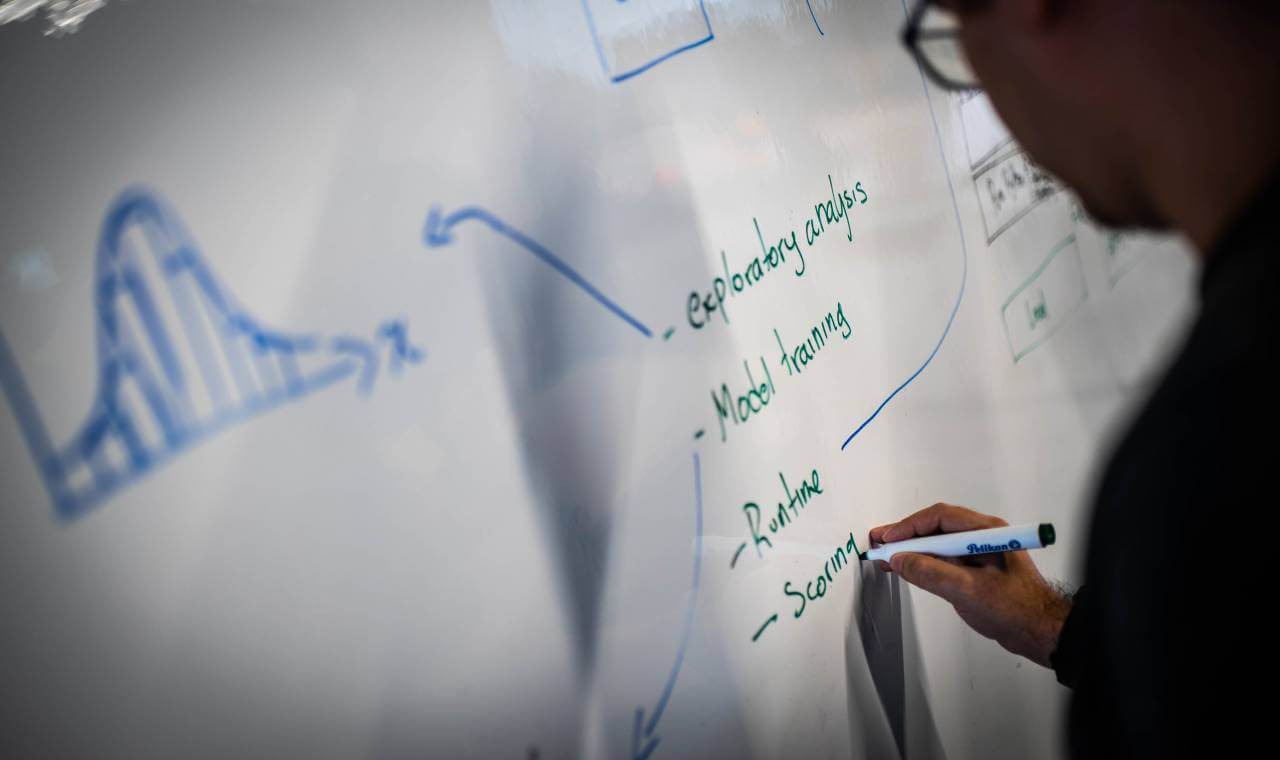 The core idea behind Agile was to break the software development process down into bite-sized jobs, giving teams the ability to work more efficiently and deliver value more regularly—it’s all about streamlining processes, improving feedback loops, and driving fast-paced innovation.

While this was great for increasing the efficiency of software development teams, it was usually a different story with testing and deployment. As soon as software hit these parts of the chain, the process would slow down significantly, effectively undoing the speedy delivery of the Agile team.

As new automation technologies and streamlining processes began to crop up (particularly continuous integration), this bottleneck got even worse, with a growing stream of releases putting more strain on operations and testing teams.

Once companies began to realize that the entire software development lifecycle was best addressed as a single process—much of which could be automated—the idea arose to break down the silos stalling the process and merge development teams with operations, which brings us to the emergence of DevOps.

So, DevOps is Really an Evolution of Agile?

To a certain extent! Let’s take a closer look at Agile, DevOps CI CD, and continuous integration in Agile to understand why.

The Agile methodology encourages developers to focus on processes and highlights changes throughout those processes while speeding up delivery. When leveraging Agile, companies can limit the barriers that hold back their development teams and foster a more collaborative environment throughout the organization. It gives all project stakeholders a clearer view and allows them to respond to change quickly, along with the ability to develop high-quality software more quickly.

When it comes to CI vs CD, the two approaches are centered on software-defined lifecycles with an emphasis on automation and tools. Continuous integration in Agile is a practice of integrating code into a shared repository at regular intervals, usually a few times a day. It allows developers to detect integration bugs quickly before the code reaches production, as well as giving testers a chance to check for functionality issues.

Continuous delivery is the implementation process of choice for DevOps teams because it involves automating the software delivery process into production. CD happens right after CI and involves ensuring that integrated changes and features are bug-free before automatically moving the code into a live environment.

Finally, you have continuous deployment (another CD), which is the pinnacle of the automated software development process. With CD, each new build is automatically deployed whenever any significant changes are made to the code. CD removes the need for any manual intervention after the initial writing of the code and before its delivery into production.

These three stages are important contributors to the success and advancement of DevOps methodologies and the breaking down of silos. They allow for simultaneous testing, faster feedback loops, greater transparency into test results, and early bug detection, essentially speeding up the software delivery process while improving the quality of the end product.

DevOps brings culture into the mix, placing more importance on specific roles and emphasizing responsiveness. Like Agile, DevOps is highly centered on collaboration and transparency, while leveraging processes and highlighting change. One of the biggest advantages of DevOps is the elimination of the development and operations silos. By cross-training developers and operations engineers in each team’s skills, organizations can reduce the dependence on specialization in these roles and limit any delayed responses to project fallbacks.

Along with speeding up development times and increasing the volume of iterations—as with Agile—DevOps also requires the use of several automation tools, just like CI/CD. Therefore, these similarities lead to the somewhat obvious conclusion that DevOps CI CD is the next evolution in Agile.

Like we said at the beginning, demand for excellence drives evolution in the software development industry. As demand for software increased and organizations began to realize the value of their Agile initiatives, the logical response was to unblock anything that held up the process of speedy delivery, and ultimately business value.

How Do We Get from Agile to DevOps to CI/CD?

Many clients, even many software development practitioners, find it difficult to gauge whether DevOps is simply a fad or whether it’s truly useful in developing more relevant software in less time and with less money. To be honest, the same was true with Agile, and that has been hugely impactful on the way companies approach software development.

Even so, the decision to adopt DevOps or implement CI/CD really comes down to the business’s needs and objectives. For instance, with continuous deployment, the act of automatically sending tested code to production might not be right for every company. If it’s important that engineers have the final say on whether or not the code is ready to be deployed, it’s best to stick with continuous delivery.

The most logical course of action, if coming from an Agile-only environment, is to start by incorporating continuous integration into the pipeline. As your agile team begins to improve its efficiency and capacity for delivering new iterations, look out for bottlenecks further downstream, particularly with the operations team.

If operations are struggling to keep up with the development team, it’s a great time to break down each of their silos and implement DevOps. We’ve written about the common barriers to DevOps adoption in the past, as well as how to overcome them. Read all about it here.

Once the teams are functioning successfully within a DevOps culture, it becomes easier to introduce continuous delivery tools and ramp up automation throughout the pipeline. With CI already in place, the implementation of CD will generate positive results much faster.

Again, it all comes down to whether or not your business really needs DevOps and the CI/CD pipeline, so be sure to measure the necessity and the value before “fixing” a team or process that wasn’t broken in the first place.

What Are the Downsides to These Methodologies?

While programming languages are fairly standard across the board, software development methodologies like Agile and DevOps can be riddled with complexities, but they’re just as vital to grasp as the coding itself.

DevOps, in particular, is not a one-size-fits-all methodology. Developers and operations teams can spend years learning the nuances of a successful DevOps environment, only to move to another company and find that it practices a different flavor of DevOps altogether. Due to its emphasis on culture, DevOps can mean something entirely different to different teams, so attempting to recruit “DevOps engineers” is not the ideal choice. Instead, companies would be better off hiring experienced, qualified Release or Cloud developers with some DevOps experience (meaning a release engineer can go beyond CI or CD and vice versa), as they will more quickly grasp the concepts in play at your company.

CI/CD, on the other hand, requires engineers with more specific skill sets. There are several popular tools that speed up and improve the CI/CD process, such as Jenkins, so experienced developers will already have a good handle on them. When training teams up from scratch, however, CI/CD involves a steep learning curve for integrating automation, as well as a fairly high initial investment into the necessary tools.

Essentially, when choosing a development methodology for your business, it’s all about trade-offs. Companies have to decide whether the long-term value will outweigh the initial costs of training, or whether the product in question is complex or business-critical enough to warrant a full-blown cultural shift.

When in Doubt, Trust Your Partners

When deciding between Agile, DevOps, or CI/CD, organizations that rely on trusted technology partners will find the process much easier and more valuable in the long run.

However, there are many software development groups out there that hire great engineers to produce solid architecture, yet fail miserably at deploying high-quality products, on time, with the right functionality, all within a reasonable cost. It’s important to perform the right due diligence and choose an established partner that can help you achieve your business goals.

At Perficient Latin America, we believe a project’s success hinges on its method and coordination—that is what truly defines whether it sinks or swims. Our mastery of Agile, DevOps, and CI/CD pipelines enables us to consistently produce high-quality enterprise applications quickly, efficiently, and to a world-class standard.

Contact us today to take your software development projects to the next level.