Self-Driving Trucks Will Deliver Mail to the Southwest

As the Old Saying Goes…

“Neither snow nor rain nor heat nor gloom of night stays these couriers from the swift completion of their appointed rounds.”

This is the motto of the USPS. However, it might be time to update this motto to include “nor driver.” The USPS test will involve transporting mail across three southwestern states using self-driving trucks. 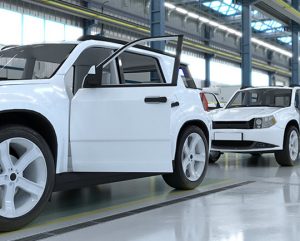 The CCPA requires automotive companies that conduct business in California to comply and protect the privacy of all consumers. Learn more about the CCPA’s impact on the automotive industry, compliance hurdles to expect, and how to address data privacy challenges.

This is a monumental step forward in the effort to commercialize autonomous vehicle technology for hauling freight, which will help optimize supply chain efficiencies. 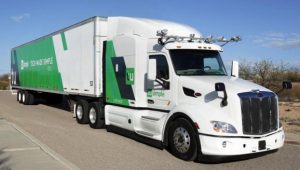 TuSimple announced its self-driving trucks will begin hauling mail between USPS facilities in Phoenix and Dallas, an almost 1,000-mile endeavor. The test will see how the emerging technology might improve delivery times, driver efficiency, and costs.

According to the Wall Street Journal, “The USPS, has been losing money for several years as letter volume has declined. The organization is trying to restrain operating costs and is seeking ways to cut fuel expenses, improve truck safety, and use its fleet more efficiently.”

The Logic Behind the Logistics

Don’t worry, a driver will be stationed behind the wheel to intervene if necessary. And, an engineer will ride in the passenger seat. The driver in the left seat will focus entirely on the surrounding environment. The engineer in the right seat will report the autonomous vehicle system readings, and what the truck will do in the future.

If these tests yield successful results, it would be a triumph for the autonomous driving industry. Also, it could be a solution to the semi-truck driver shortage faced by freight haulers across the country. According to the American Trucking Association (ATA), there may only be 175,000 drivers left by 2024. This milestone of self-driving operations will free human drivers to focus on shorter and closer to home routes.

Isn’t it exciting to think that your mail could very soon be delivered to your state by a driverless truck?