If you are familiar with Pivotal and its multi-cloud platform, Pivotal Cloud Foundry, you may also have heard about the Platform Acceleration Lab training. More often referred to as “PAL”, this training is “an immersive, best practices set of courses that enables developers and architects to develop new applications, move applications (replatforming), and modernize existing applications on Pivotal Cloud Foundry. The PAL is designed to enable through “doing it” rather than “talking about it”, as described by Pivotal.

As a Pivotal Ready Partner, Perficient has been making significant investments in the partnership with Pivotal over the last year, including sending cloud-native developers to the PAL program. As Perficient developers continue to complete the program, ready to put what they’ve learned to work, we thought we’d take a closer look at some of these graduates. 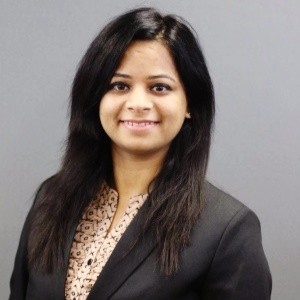 Meet Tasleembanu Halai, a Technical Consultant from Perficient, and recent PAL graduate. Born in India, she came to the United States three years ago to pursue her masters in Computer Science from Binghamton University in New York. We sat down with Tasleembanu to hear a little more about her journey with Perficient, and her experience at the PAL training.

Before starting in the Platform Acceleration Lab, Tasleembanu barely remembers applying to Perficient! In fact, it was actually a friend that she first learned about the opportunity to work with us. However, once the interview process started, she quickly realized this would be a valuable opportunity. During her interview process, she learned about PAL, and was hooked on PCF from there.

Fast forward to the three week long immersive set of courses, Tasleembanu found several items she learned to be of value – but one experience in particular stood out.

“Throughout the three weeks, we were able to work on several different use cases related to PCF. Once you’re assigned to a specific project [post training], you may not be able to always see these types of scenarios…so I was able to get more exposure on how things are done on PCF,” said Tasleembanu.

Not only was Tasleembanu given hands-on, real life use cases to dive into, she was also presented with a set of challenges that she worked to overcome, in turn better preparing her for her work post PAL. A lot of practices discussed and taught at PAL were new to her, and a concept hard to grasp, but once she was able to use the hands-on training provided, these challenges evaporated quickly. This, she notes, is another plus to the way PAL is implemented, and she highly recommends to attend the lab if given the chance.

These days, Tasleembanu is putting her training to good use. Working on site at one of the top card network organizations in the world, and a Fortune 500 Company, she is assisting in developing an external application to monitor other applications using Java, PCF, and some open source tools. She is enjoying it as they not just focusing on one technology, so she is learning a lot.

You can connect with Tasleembanu Halai on LinkedIn, and learn more about Pivotal’s Platform Acceleration Lab on their website.